views from here and over there

views from here and over-there

afternoon dear follower's im going to start with a rant because as you know i love tying flies for predators , i love looking at flies and the thought and skill that goes into them but then sometimes you come across something that defies belief im referring to this commercially made garbage below 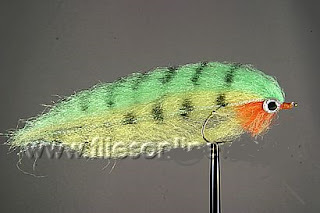 this waste of space is being advertised on the net for the pricey sum of £2.50 to be used for pike , now if this was some dude just starting out i could offer a few words of advice and obviously practice makes perfect and like all of us tiers we learn by our mistakes and im not saying im the greatest pike fly tier out there , those who know me will obviously know im just a guy that loves doing what he does and im not out there to make a heap of cash , in fact the small client list i keep helps me put food on the plate and buy materials .

in fact a lot of guys out there do it for just that and indeed there is a few guys who tie commercially but the difference is they make outstanding flies and are fully involved in the predator fishing world and like me actually fish the flies they make as well.

this garbage is probably made in an african or china tying house and is about as far removed from what we do as it gets to me looking at the fly above and ive actually seen one in the flesh , in fact the guy that showed me it looked at his and then looked at mine with a somewhat bemused look on his face when he saw what he could have got for his money , i did the correct thing and swapped one of mine for his and promptly destroyed it .

so folks please your looking for flies just have a look around places like facebook groups and just ask if anyone can make any , have a look at fly pictures and contact whoever made it and see if they will do you some , most folks will happily oblige and that way you get something decent that will last you a long time , unlike the shit above that will get destroyed in a few fish .

avoid this shit like the plague just aint worth the money , support your local fly tier  in fact in the next few weeks im going to set up a data base to do just that so you dont get suckered into buying this crap

from my vice this week 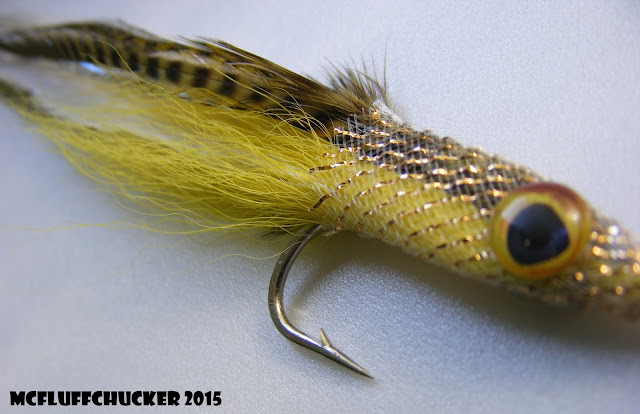 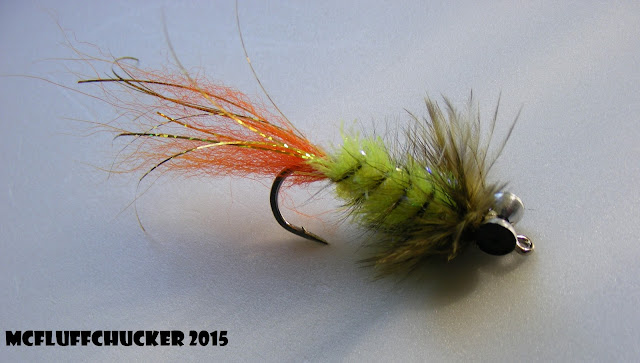 ok so if it will catch perch or not remains to be seen, i cant catch the buggers much to the amusement of a local fishery owner who keeps sending me pictures of perch he catches 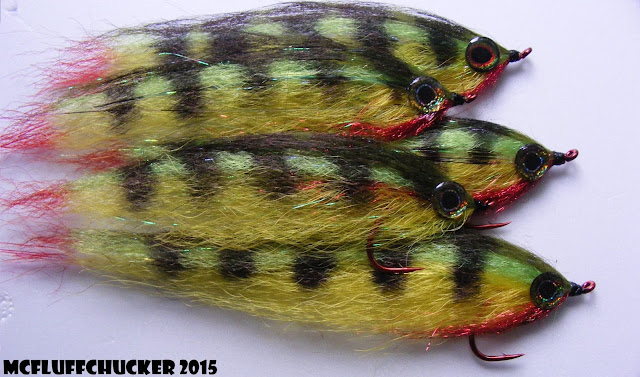 brother ken is back amongst us and im more than happy to have him contribute to the blog and hes been in amongst the muskys , bother ken is a massive fan of tying big badass flies with natural materials and ties some darn fine flies .........so below is a few recent catches

ill let the pictures do the talking 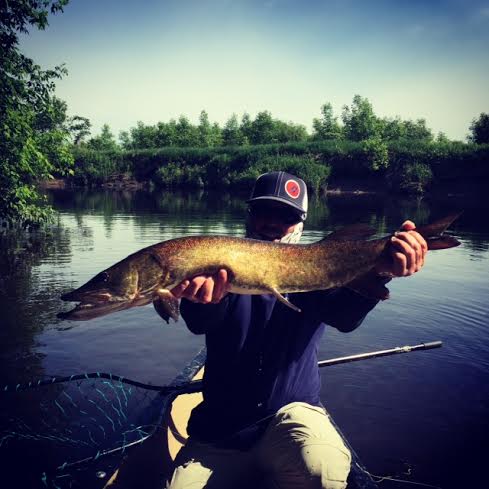 musky from the dugout 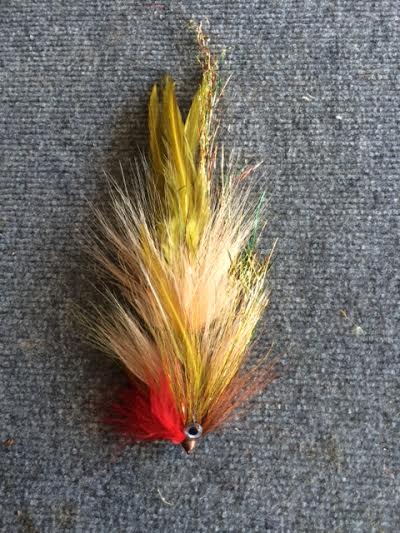 capsey musky buster just like brother ken , aint pretty but does the job 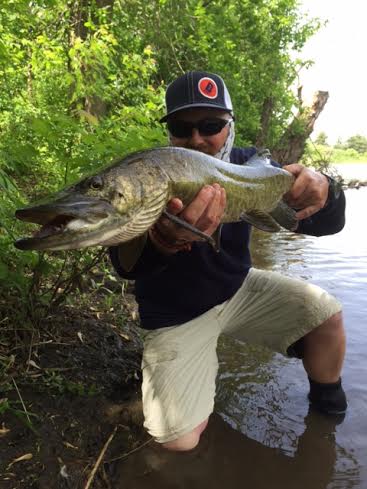 prime vt musky held by a prime vt redneck caught on all natural , while brother ken wears shorts we are still in long trousers in scotland .........darn 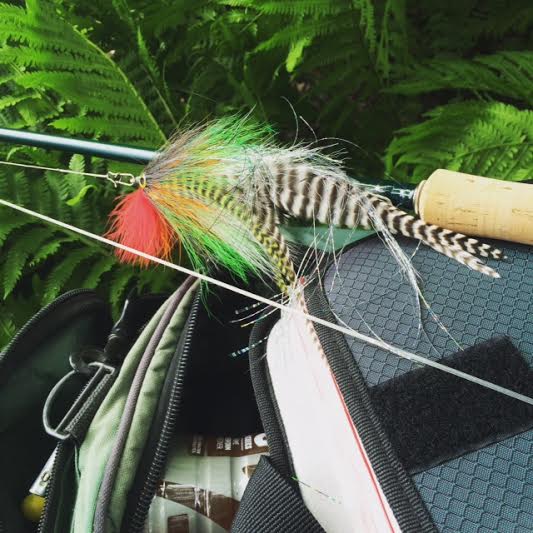 see ya all soon 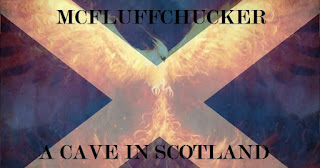 a sudden case of memory loss

ON THE VICE THIS WEEK

More adventures stooped big flies for stooped big fish , yup just when you thought it was safe im back at the vice with all sorts of weird stuff coming out my brain onto a hook but hey that’s what I do , I have been quiet this last couple of weeks what with work and getting fly orders out and I had a night out with some old buddys from the 80s but that’s a story I cant tell to protect the innocent amongst you .

Of course your not on this blog to hear about or read about even,  total rock n roll debauchery from people who quite frankly are old enough to know better of course I was sat in a corner drinking coke and reading the womans institute book on cooking muffins .

So down to business and we start with large streamers 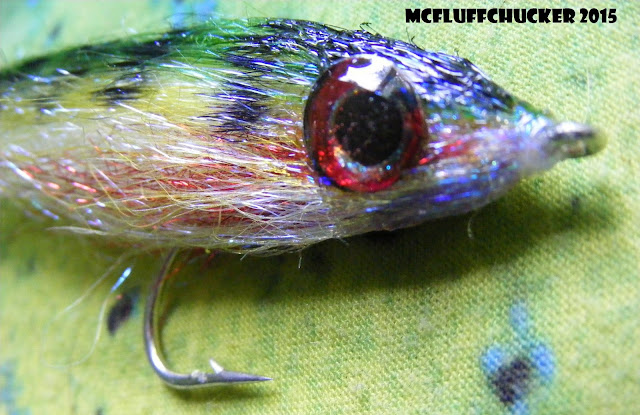 Yea ok ill admit that’s probably the most useful fly recipe in the word but you know its Friday its been a really stressy week at work ive cracked open a bottle of walmarts best 5 bucks red wine and to be honest im probably going to do a video for it in the coming weeks as it’s a really fast pattern to make so thanks for putting up with the pissy recipe ……..ill make it up to ya …

Mcfluffchucker
A cave in scotland
freedom will soon be ours 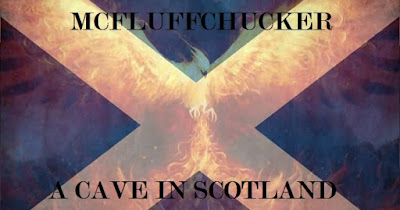 Posted by dave lindsay at 19:55 No comments: