Right my wife announced sometime ago, were going on a family summer holiday. Were would you like to go (err Vermont obviously) as long as its Spain she says oh well ok so how about you go to the travel agent and book something close to the ebro (catfish on poppers im thinking hell yea) ok she says as she’s good with me doing some fishing . So while I was checking a few things out I decided to make a few shrimps up for the salty box as id no doubt get close to the sea at some point so played with some of the medium shellbacks from deercreek and came up with this cool looking pattern tied on a 2/0 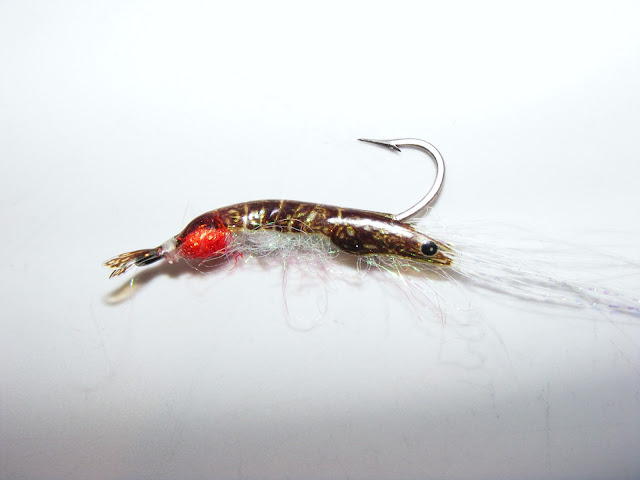 After I tied it I thought you know it could do with some legs so rubber legs were applied and I was happy with the result. 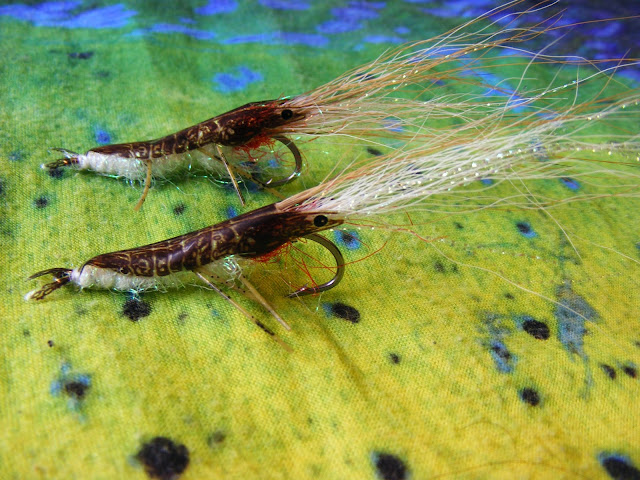 Fired up I eagerly awaited te phone call from my wife telling me what part of the ebro we would be staying at , and a few hours later the phone rang and indeed it was the red headed acid tongued fire breathing Medusa I lovingly call my wife ,the holiday was indeed booked and what wondrous part of Spain had she booked for us “marmarus in turkey” she says ok is that a small village on the ebro , no she replies its in turkey .

Hang on that’s nowhere near the ebro or even Spain for that matter its cheaper and hotter than spain she says. ok a little rethink and I should be ok well im by the sea for gods sake 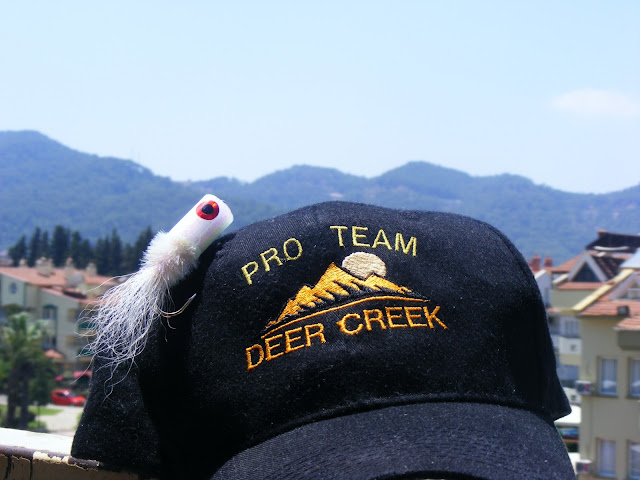 So at the end of june I find myself standing on a balcony overlooking a lovely pool in mad heat with a very inviting swimming pool inviting me in and for the next few days that’s what I did swam . The thing was id done some research and id found that the fishing at this time of year actually wasn’t that good as most of the main species I wanted wernt around till later in the year so I decided to take a 3 wgt for the mountain streams and an 8wgt for the scratching around in the saltwater .

First I had to suss out the area so we took a few tours and unfortunately I realised that fishing in the salt just wasn’t going to happen due to the extreme heat of the place and lack of places to actually fish on the coast, after the cruise we had on the second day of the holiday I realised that all the best places to fish were a few hours away or unreachable on foot (im going to hire a boat next time). 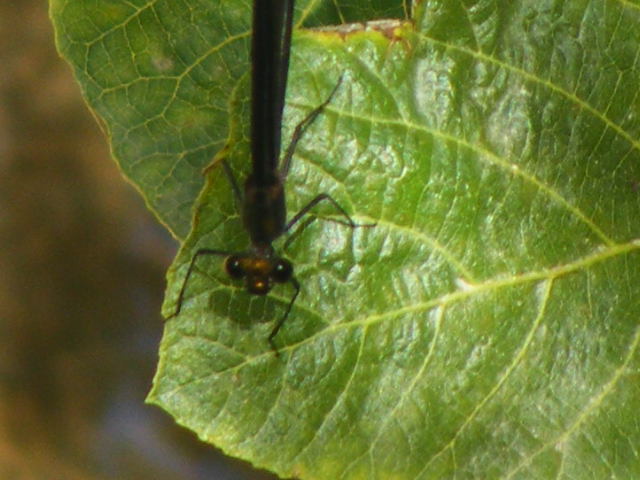 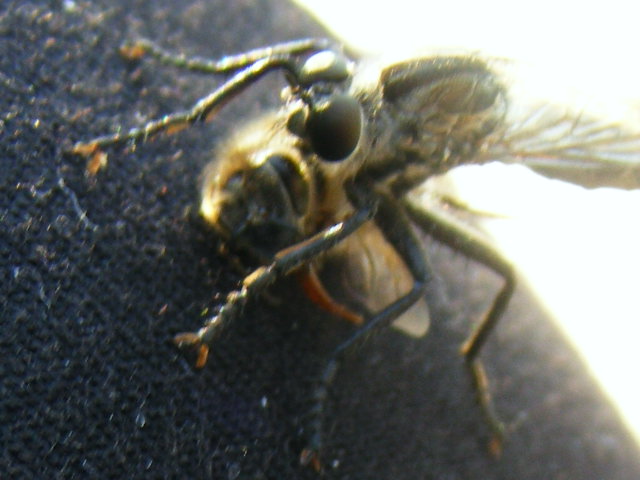 Check this thing out, it landed on my wife (brave) but when I looked I saw it had actually taken down a wasp and was happily sucking its brains out 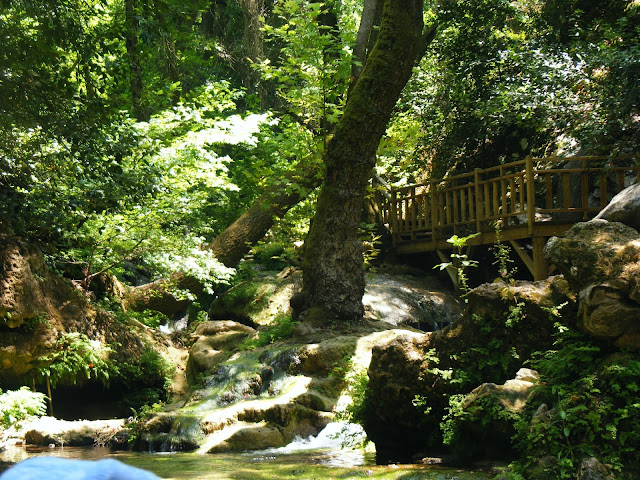 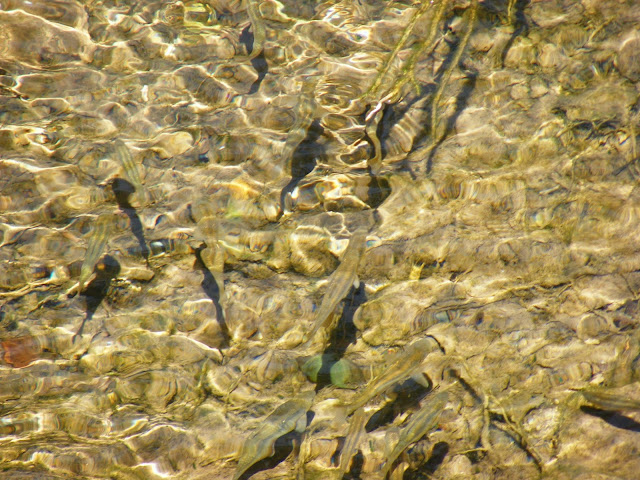 Fish there fish yes I spotted fish, these were actually small trout at the bottom of a waterfall but I suspect these had been introduced for the benefit of the tourists still really nice to see , fisherman are like that staring into random bits of water in the vain hope of spotting something we could catch I do that every morning taking my son to school , there’s a stream we pass and Ive looked in it everyday for the past 3 years , never seen anything yet but twice a day I still look just in case fisherman are so much more that just holding a rod 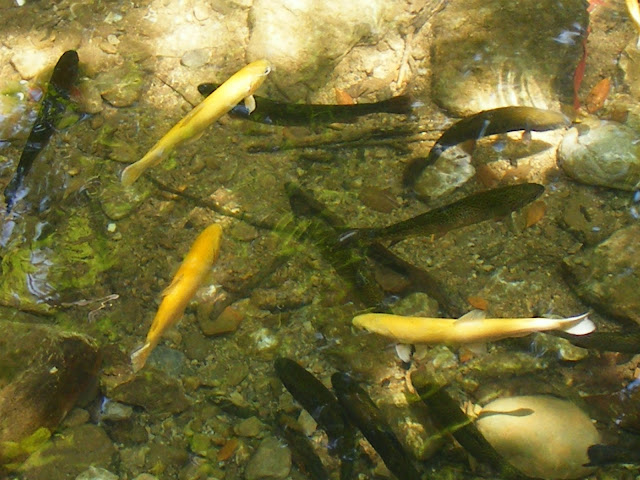 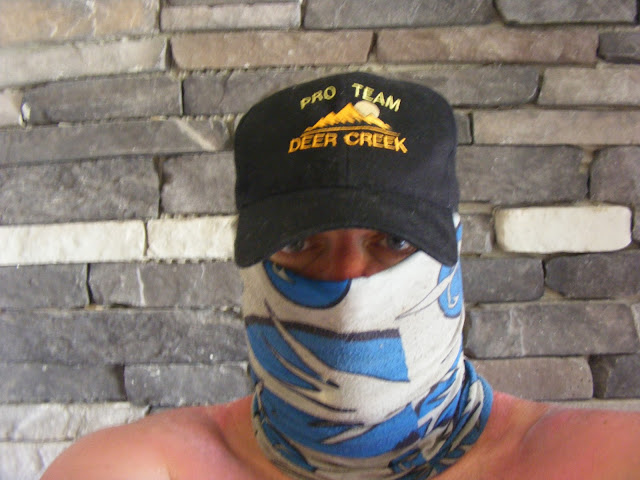 Back at the bullheads 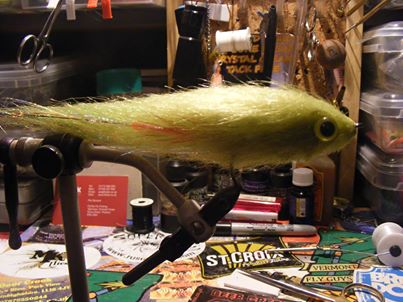 Heres a link to a step by step and a short video of the fly in action
http://www.spanglefish.com/tyingpredatorflies/index.asp?pageid=281407

Right off to the loch
(mcfluffchucker)
A cave in scotland