summer time and the living is wet

WORK WORK WORK AND A BIT OF TYING AND FISHING

but first of all happy 4th of july to all my friends across the ocean and of course my bro ken and his wife naomi have a cracker  , yea ok it was a couple of days ago but shit happens and i had to work . so im raisng a glass to all you turkey stuffers just now. 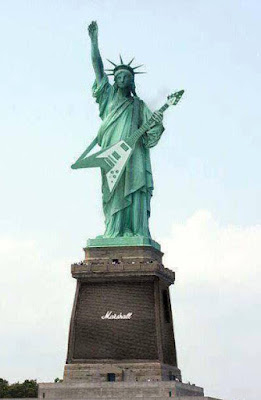 well what a couple of months its been i managed to lose my twitter sign in details or it got hacked , im presuming i just forgot the passwords as nothing been posted on it from on my facebook account but for the life of me i cant remember it quite infuriating hopefully it will turn up on a bit of paper or it will spring into my head at some point

so i also moved house as well which can also be quite stressful along with pressures of work its been a busy few months  with not a lot of time for fishing or fly tying to be honest and all the orders i had to go from the last address had to be sent before i moved  and my tying gear packed away for the move . 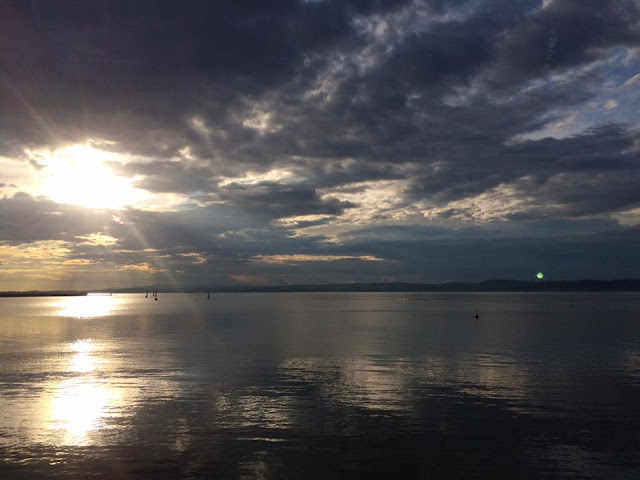 DATE WITH THE WALKING DEAD , AND SPECIAL NEEDS LURE FISHERS

so with being nice and settled i was itching to get fishing so dug the box of doom out and tried to sort some flies out no easy task , as i was taking the boat box with me and thats thousands of bloody flies , last time i was out i took my day bag which is basically a scaled down version of my boat box , unhooking gear , leaders , spare lines , spare reels and a couple of fly boxes still no easy feat getting that back in the big box and belive me i actually left a load at home 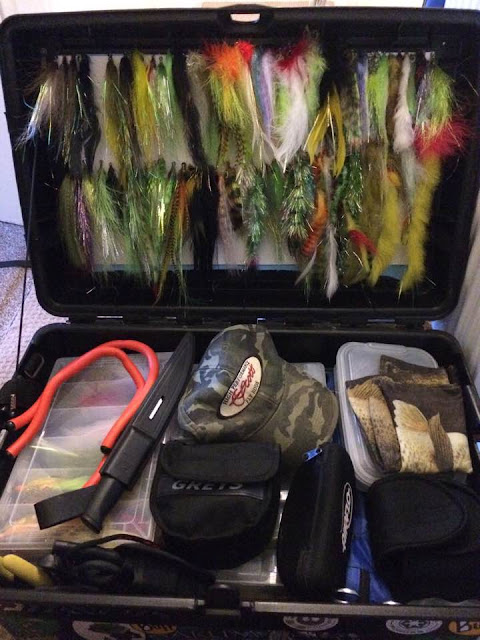 so the wonderfull darren (bleed for me) picked me up at around 5.am and he had with him nicky who always has a bag of sweets for breakfast in the car up to the venue , well actually we were going to meet up with baldy man mountain graham , no pubic hair gary , brian the hands , and james the pike jugglar, and stripe the loner up at the asda car park in a nearby town , i swear we must look really dodgy all standing around the cars in camo fishing gear , either that or a bunch of weird doggers

so up to the venue in convoy and belive it a few wrong turns from daz the driver , i think he had his mind on the green, the funny thing was all the rest followed him oh how we laughed , anyway despite dazs awful navigating skills we got there and tackled up and headed out on to the water , i have a bit of a (slightly worrying) sore arm just now so daz offered to row . 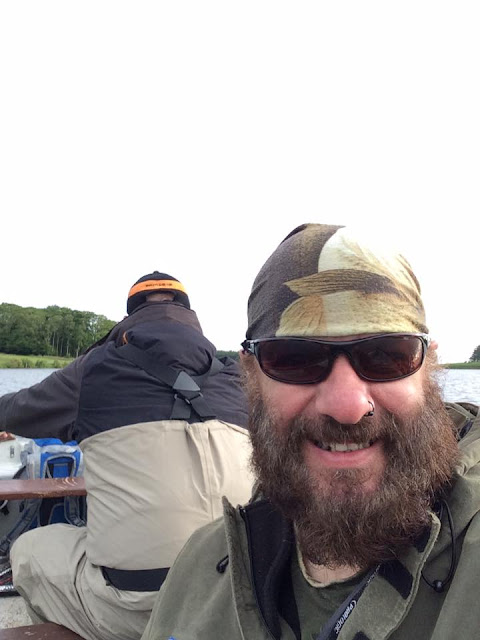 the wind was a bit odd and was pushing us across different drifts and the surface flies were just not working , presuming the water was a bit to cold as i usually do really well on top waters here and despite being June i was still wearing long trousers and a bloody jacket absolutely ridiculous but daz was soon into a fish after we both changed to intermediate lines 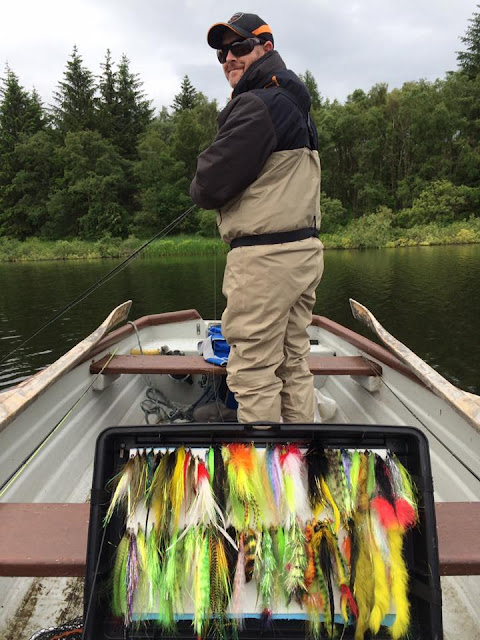 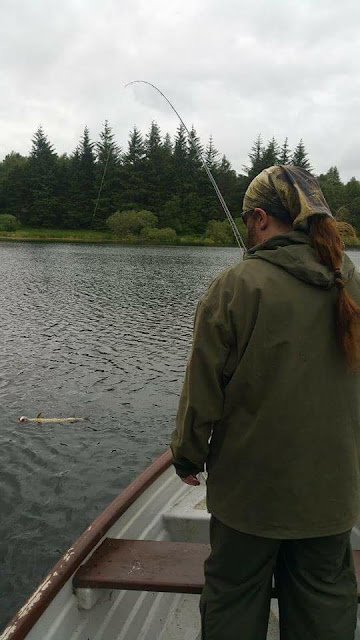 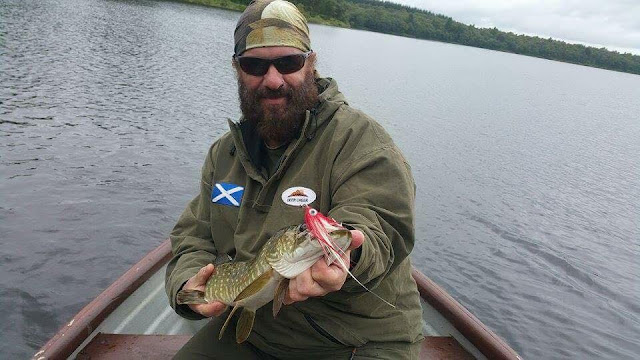 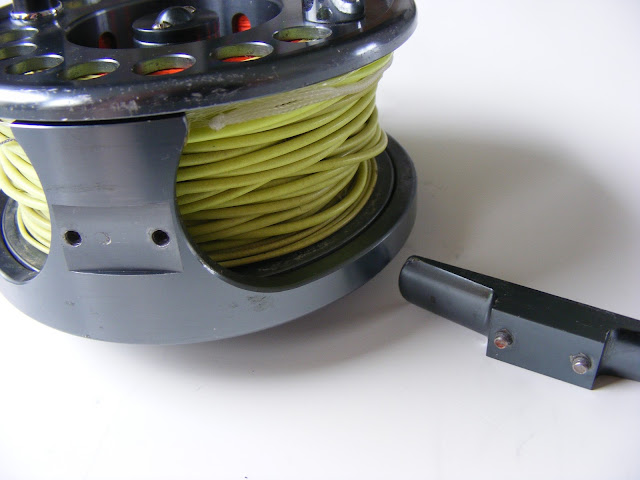 this is my greys fly reel , its pretty much been my workhorse reel for topwater and big flys on floating lines for years well as you can see there seems to be a slight problem , yes thats right the feckin reel feel off from the reel seat , oh if thats not bad enough it fell off at the end of a cast and went straight over the side of the boat and if that wernt bad enough a bloody large snotrocket took my fly on the drop which promptly fell off ..................thanks greys now lets see what you customer service is like if reoports are to be believed they aint that great but ill try them this week 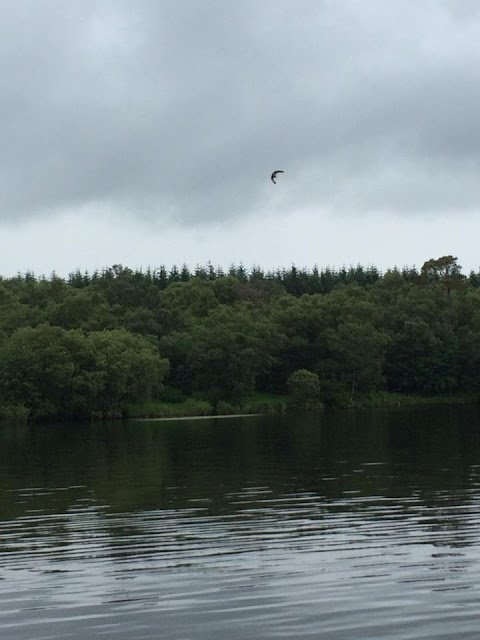 after a while of doing nothing much in the bay i decided to head over to another favorite spot and it was a joy to see bloody loads of swallows darting around the water , trying to photograph them was a different matter though . we drifted around for a while but with not much going on we decided to head in for lunch and i would vacate the boat and give nicky nae facebook a chance on the boat with the fly , 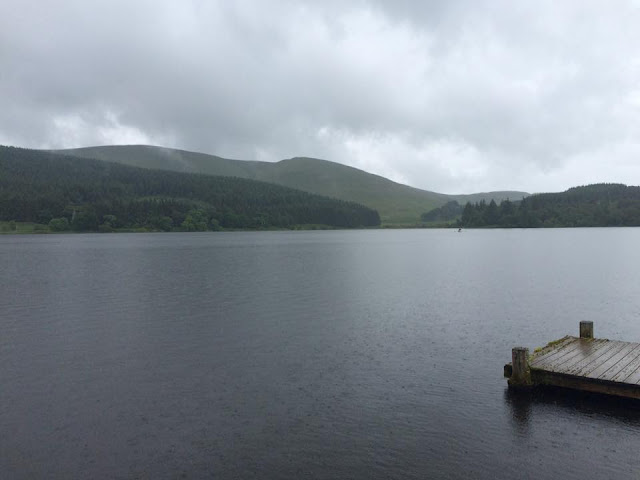 and then it rained in fact it bloody poured down for the rest of the day and i hate fishing in the rain it seems to get down into every opening in your clothing and soak you from the inside out , what i want to know is where is the bloody summer :-/ 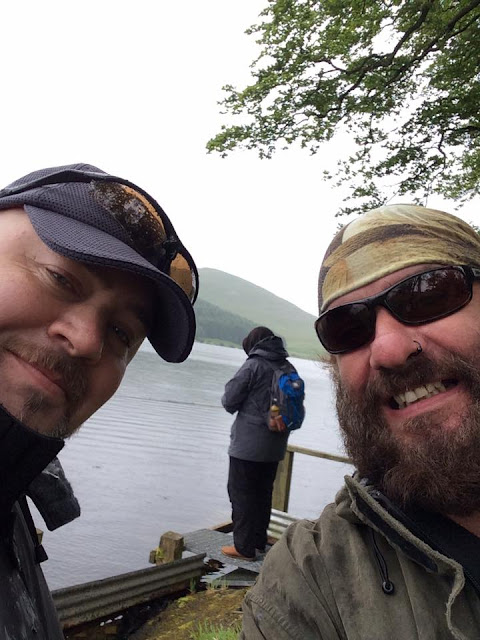 this is graham and me, in the middle is james who caught his first pike on this trip well done, he now has a new pb  to beat and he may have done it a few casts later but the fish decided to escape as he got it to the side (mabey next times james) all in all as always a fantastic day with the freaks from lure fishing scotland group look forward to the next one 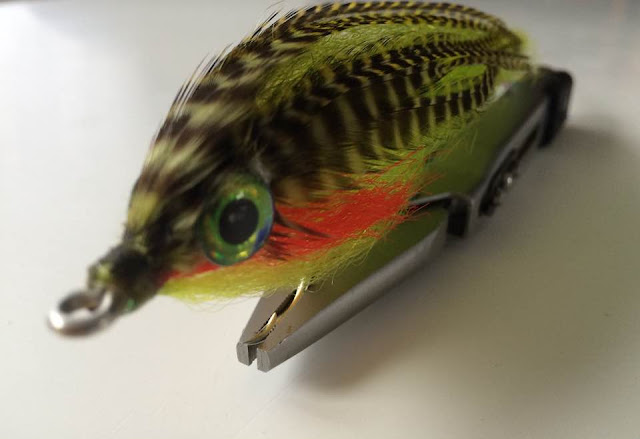 still had time for a few flies though , been concentrating on bigger flies lately , these are actually for my own fly box (theres a first eh) again mixing it up a bit  by using synthetics and natural materials .

below youll see some variations on this pattern , the body materials are the same but ive hust mixed up the back materials and eyes 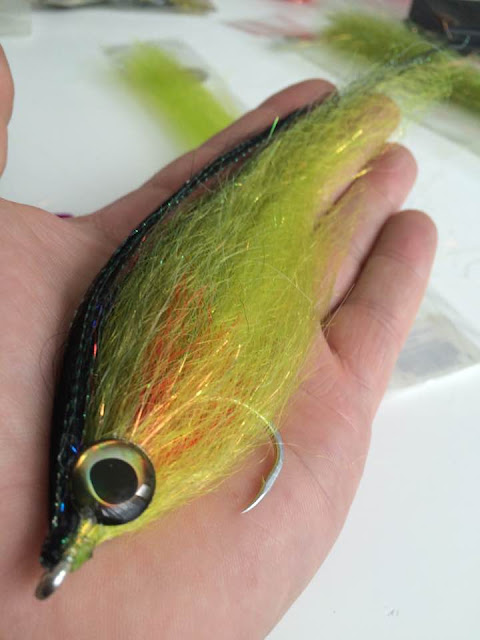 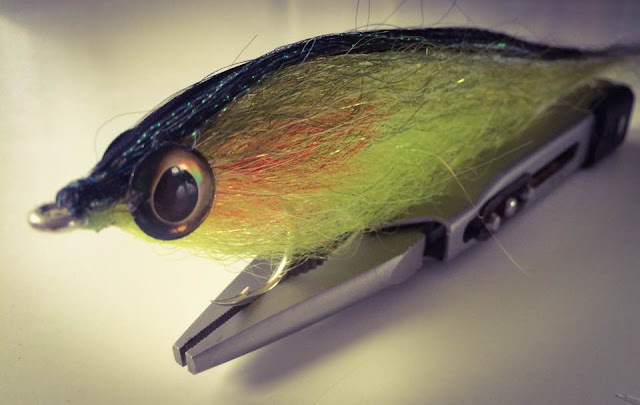 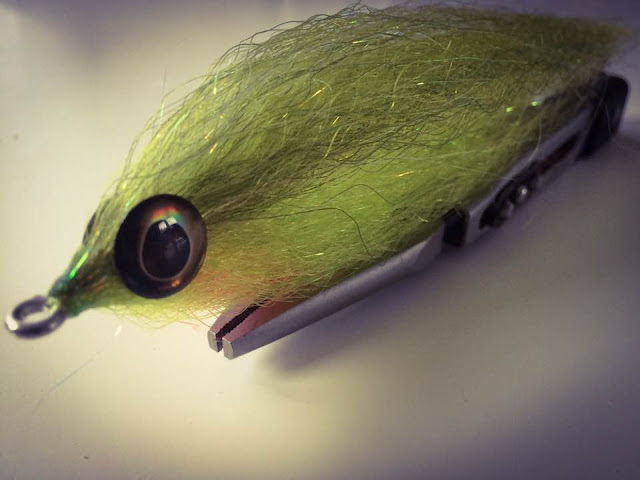 and above is a basic fly just using the farrah materials again produces stunning looking flies bloody expensive though and ive run out of gliss and glint plus in these colours so had to nip down to orvis and pick a couple of packs up . 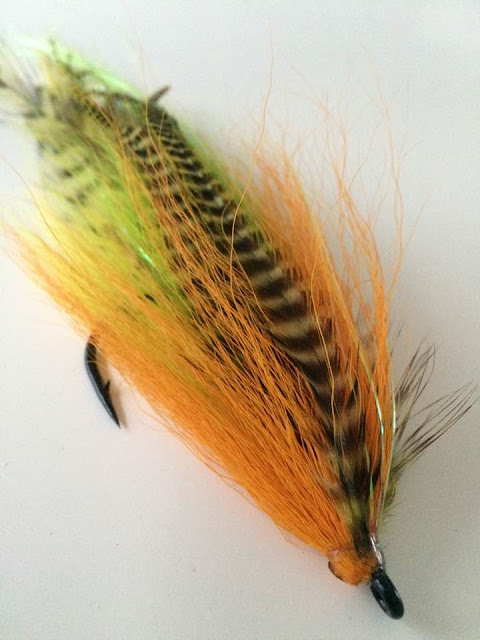 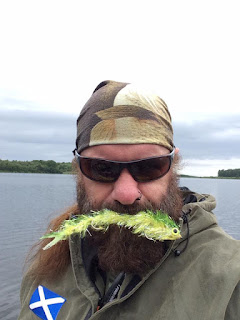 stay safe and greetings from the cave
(mcfluffchucker a cave in scotland)
Posted by dave lindsay at 11:19