ADVENTURES IN DIAMOND HARD UV RESIN
----------------
DIAMOND HARD TACK FREE U.V. RESIN is quite amazing stuff and unlike other torch activated uvs out there this stuff really is tack free and cures in seconds and most importantly it wont break the bank , there's quite a few things you can do with uv but its not in my mind a complete replacement for epoxy or glue it has its use along side these products , and one thing i really do love about it is doing what I've blogged about today 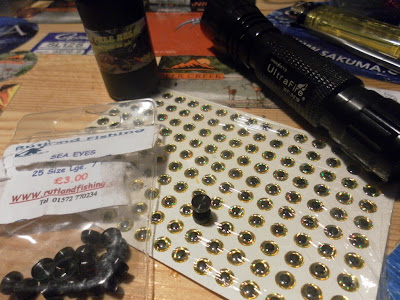 these eyes are called sea eyes , i got these from rutland fly fishing in the UK but i don't think they do them anymore you can however get them from lake-land fly tying they are exactly the same ones here's the link aluminium sea eyes they are sold in packs of 25 for the ridiculously cheap price of 2.50 UK basically they are like dumbbell eyes like you get on clousers but these are made from aluminium and have a really cool recess that you can stick in your own 3d eyes so of course this brings up a gazillion possibilities for the fly tier , and the other bonus is being aluminium there are very light which in turn reduces the sink rate of your fly over the trad metal dumbbells , these ones being large are also a great option for the pike fly tier 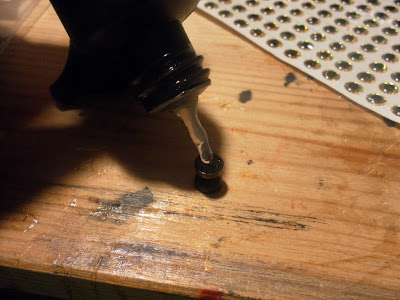 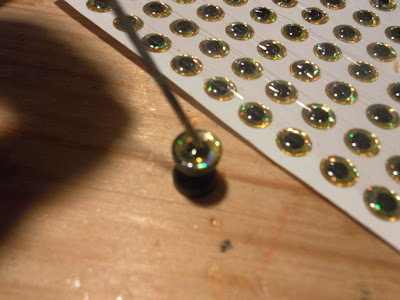 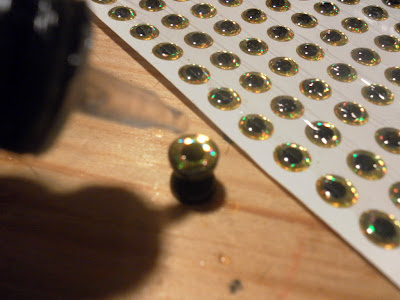 just top up with diamond cure to completely seal the eye in , it will form the shape of the eye just don't overfill the eye for the best results , you can always just add a bit at a time curing as you go till you get the desired effect and thickness 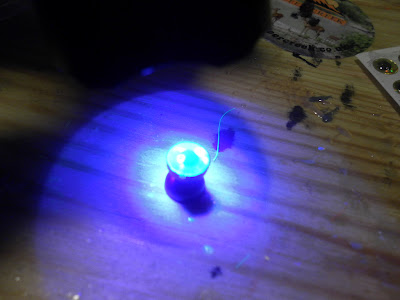 curing takes seconds with the very cool half the price twice the job of other similar looking torches ultrafire uv torch and seconds is really all it takes , the torches come in a an amazing 19.95 UK with batteries fitted compere that to 34.oo UK on other sites well that's quite a saving for the same torch 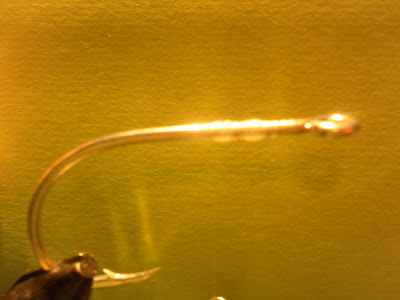 so having set the eyes you need to prepare the hook i still go with the old build a dam on each side of where the eye is going to sit (you can just see it with my rubbish photography) im also using a clear mono thread from uncle Greg over at piketrek and its only 1.50 UK for 200m another bargain 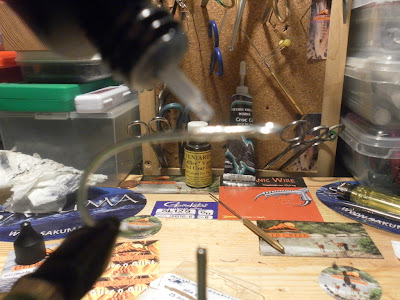 so what i do know is add a covering of diamond hard over the thread and on the spot where the eyes are going to sit , you only need a small amount on there 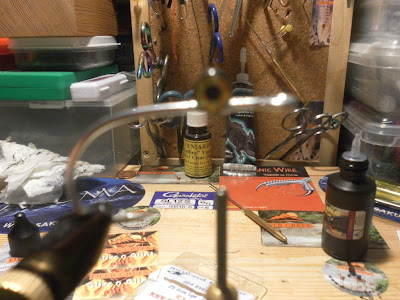 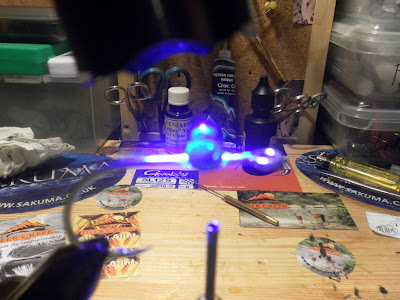 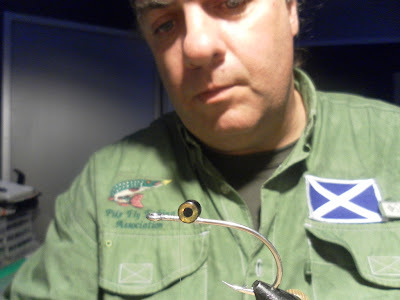 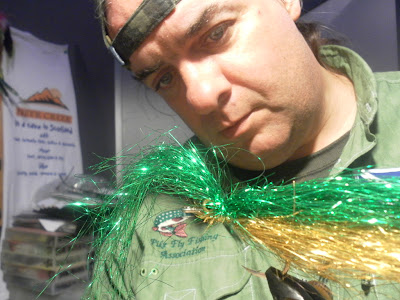 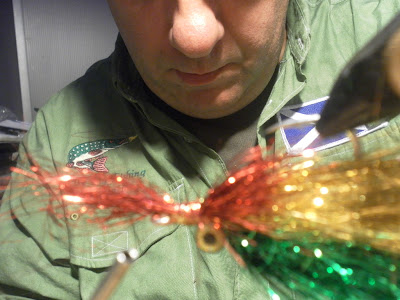 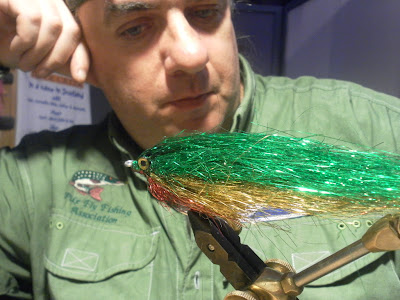 there you have it a great looking sparkly fly with a rock solid eye , of course you can pretty much add any kind of eye you like to the dumbbells , and its fast and easy to do give it a try ,

Great stuff here! I hope to chase more toothy critters here in the future and you've got a lot of great bugs and whatnot. Subscribed!