for one last time

-LAST TIME I DO THIS –
You know there always some idiot out there who likes to shoot his mouth off without getting the facts straight or even having the decency to mail me and ask me about something before they start there verbal vomit so I’m going to set this to paper once again for the last time . 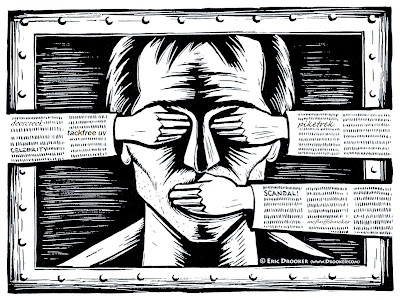 deercreek
Nick over at the company sends me new materials to try out and write about (pretty much like any review you would read in a fishing magazine) so I use the product whatever it is and I’ll write about it , now in my book that’s trying something and writing about it weather you like it or not , in fact I was sent some material a couple of weeks ago “breamer streamer” gliss and glint plus I loved it I wrote about it I used all the material and I sent all the flies back to nick art the site , now he puts these limited edition flies on his site for people to purchase and I can just inform you now I do not accept one penny for those flies that includes my time making them , the hooks I use, the post and package cost no not one penny neither do I want anything for them , nick will send me every now and again some eyes or some glue or some tack free uv which is great for me as I don’t have a lot of spare cash with a family to feed so these things keep me doing what I love to do and that’s tying flies . 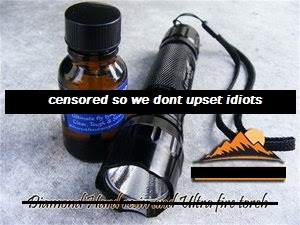 If I feel I want to put a link on my blog or website then I will (no I don’t get paid for it) because I believe it is a great product and I believe it’s a product that will help you make a better fly and it’s up to me what I write when I write about it and the reason smartarse that I always include links to stuff I’m writing about is quite simple , I was getting bogged down with emails and messages from people asking where I was getting the item from so it’s far easier for everyone to include a link .

If I was to write about some amazing fly that I had made but not tell anybody what the material was then I would be accused of being secretive and not want people to know what I was using and being better than everybody else these same arseholes would then be on my back about that as well see my point.

I really don’t care what product you use I use what I think is a good product if I think something has a problem I will mail the supplier to find out about the problem , in fact some time ago I received a sample of a new croc glue from nick at deercreek and I had a problem with getting the stuff out so I actually phoned nick and asked him about this and he said they were waiting for the proper bottles to come in for the glue so he stuck some in another bottle so I could try it he followed up by sending me the finished product in the proper bottle which by the way was great if I’d had a problem with the product I would have said in the review .

As I said I really don’t care what you use if it works for you fine if you want to pay £50 pounds for a kit fine or a better kit at £20.00 that’s your choice if you don’t like the product then don’t click the link simple

Piketrek
I have known the guys at piketrek for a couple of years now when they first contacted me about their pikesaber rod and they wanted me to test one out which I duly did and I loved It best rod id ever used (and trust me I have used a few) so if somebody asks me what rod I’d recommend for pike fly fishing then off course I’m going to recommend a rod that I’ve actually used and caught fish on. What a dickhead if you think I’m going to recommend a rod to somebody just starting out that I’ve not used and as I’ve said before the best thing to do is try some out a rod is a very personal thing and what is good for one person may not be good for another .

I do tie a lot with their products pretty much the same as deercreek and yes I have links to their site because A- this is a mainly pike fly fishing blog B- there the only people out there with a site just for the pike fly tier it’s not rocket science is it really.

Another interesting thing when I went down to the fenland flyer charity event (with a few hundreds quid’s worth of flies as prizes must have missed you contribution to the charity Michael ) I met up with the guys from piketrek and had a chat with them as they were sponsoring the event as the big company’s couldn’t afford to give stuff away under the economic climate so piketrek stepped in to provide prizes and they gave also a hell of a lot of stuff away on the day in the way of materials I also had a few packs of materials from them , the last time I had anything from them was back in august when I had 2 sheets of eyes and a couple of packs of body material……….blimey that’s really pushy the boundaries of free stuff isn’t it I should eBay it and retire to the Bahamas on all this stuff I get .

Piketrek are also like deercreek committed to bringing you the best product at the best prices which I write about and give people the option of buying if they so wish I just point them in the direction of where I get the stuff I tie with again if you don’t like it don’t click the link ……..
0-----------------------------------------------0
Here is a link to the great site for the fly fisher that is global fly fisher
http://globalflyfisher.com/reviews/
have a look at all those reviews all that stuff they get sent have you been over there and had a moan at them for writing about stuff actually I remember once I had a fly tying problem and couldn’t find a product i happened to go onto this site and there was a review for the very thing I needed so I followed the link and bought one , that was my choice they didn’t force me to buy it they wrote a review of a product that I needed and thanks to that review my problem was sorted .
One of the great American fly tying forums
http://www.flytyingforum.com/
oh look Michael and steffen sponsored by j stockyards quick you better get over there and have a moan about that as well imagine that how outrageous is that a fly-tying forum sponsored by a fly tying company , I just can’t see how they get away with that
Getting the point now numnuts
0---------------------------------------------------------0
So get your facts straight pike and ferrets blog before you start shouting you mouth off i really don’t care if you like me or not I really don’t care if you visit my blog or not (obviously you do from your moaning about it) I do what I do because I love what I do and let me tell you I’ve been doing it a hellava long time even before the pffa existed in fact I still remember so called famous people coming to me for advice which I freely gave and still give. do you know last year I gave out not including the fenland flyer over 200 flies for people that were interested in pike fly fishing I do this for the promotion of the sport not for personal gain I received not one penny for this if there’s a product that’s out there that can make life easier then ill happily share it.

So there it is if you have a problem with anything I’m doing just mail me it isn’t hard my email address is in the top left-hand side of the blog and on the front pages of my websites
0---------------------------------------0
I thank all those people who do visit my blog and all the nice emails comments and friends I have made through it, unfortunately you’ll always get lemmings that listen and follow all the crap that gets thrown around and jump on the bandwagon without knowing the facts

"Well...couldn't have put it better myself! Well said bro. Got the same problem here...an egomaniacal control freak website host wouldn't let me post on HIS most acclaimed STRIPERS forums because my blog had ads in it... "Keyboard Warriors", as you so politely named them,and "Web Nazis" are the worst...little people that can fight their insicurities and personal problems from behind a pomputer screen. Great flies, by the way..been fishing for pikes back home(Northern Italy )in the 80's and it was only me and a couple other guys then and everybody thought we were crazy or stupid; Imagine having the resources we have today! Keep up the great job..thank you"

and i really appriciate all the supportive emails , you know who you are

Dave, you're the man!!
Absolutely right!!!
Totally agree with you!!

Cook and the Fly said...

Well...couldn't have put it better myself! Well said bro.
Got the same problem here...an egomaniacal control freak website host wouldn't let me post on HIS most acclaimed STRIPERS forums because my blog had ads in it...
"Keyboard Warriors", as you so politely named them,and "Web Nazis" are the worst...little people that can fight their insicurities and personal problems from behind a pomputer screen.
Great flies, by the way..been fishing for pikes back home(Northern Italy )in the 80's and it was only me and a couple other guys then and everybody thought we were crazy or stupid; Imagine having the resources we have today! Keep up the great job..thank you,
Emilio

Your blog, tying sites and Youtube videos are the best source of pike fly fishing ideas and instruction I've come across. I caught my first fly caught pike last year on one of your Green Tool flies bought from Deercreek on my new Pikesaber recommended by you. Don't let the idiots get you down and keep on doing what you do. I'm sure there's a lot of us out here improving our fishing directly from following your sites.

I think we should send Mr. Ferret a wild angry mountain cat. Will see his key board anger turn to utter fear when that cat ripps his face off bro. WELL PUT and to all those other web warriors kiss my pike .......... I mean ass. Much love brother............

You know you have nothing to worry about D', when all they can do is talk and wind you up! If they had such problems with your blog surly they would set up their own and try and compete.

Just ignore them and keep on as you are, regular visitors are regulars for a reason. Your content is great, pluggin or not! :P

Keep up the good work.