scotland are you sure
30-03-2012
i mean crazy it just the end of march and im in shades and t shirt normaly id at least have a fleece jacket on global warming huh . anyway decided to hit my local and i needed to test some flies and just see the lay of the land etc etc and hell i needed a day out ive spent far too much time behind the vice latley . 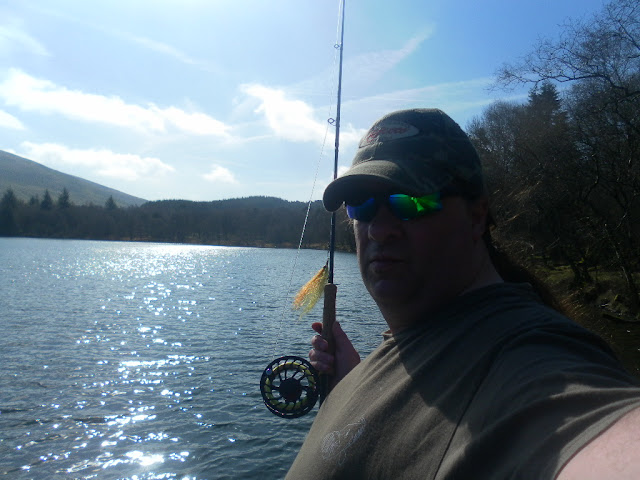 so i decided that with only being out for a few hours i wouldnt bother getting a boat so i set out along the path that runs along the lochside hell it was a nice day and i could do with the excercise , there was a couple of spots i wanted to fish and would enable me to get a half decent high up look at the flies in the water from the casting platforms so it was a case of hi ho hi ho into the deep dark woods i go 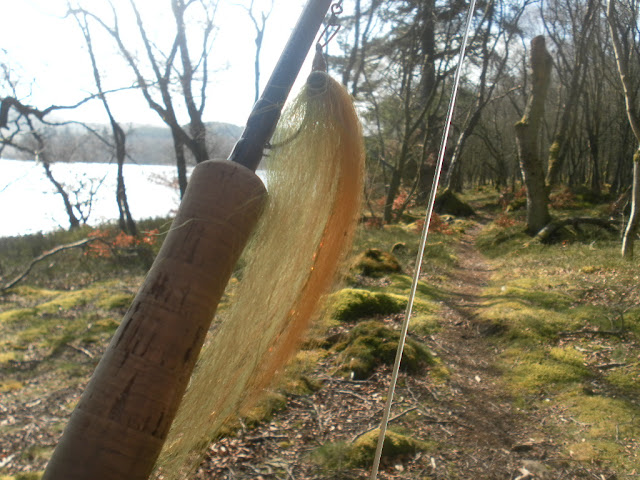 the edges of this water sometimes produce the odd jack , and i wanted my string pulled so i decided to have a few throws at this spot which resulted in one hit and a follow from a marginaly bigger pike than the fly i was using which sat for a while right under my rod tip i didnt pursue it just nice to see he did after a while bugger off leaving me to it 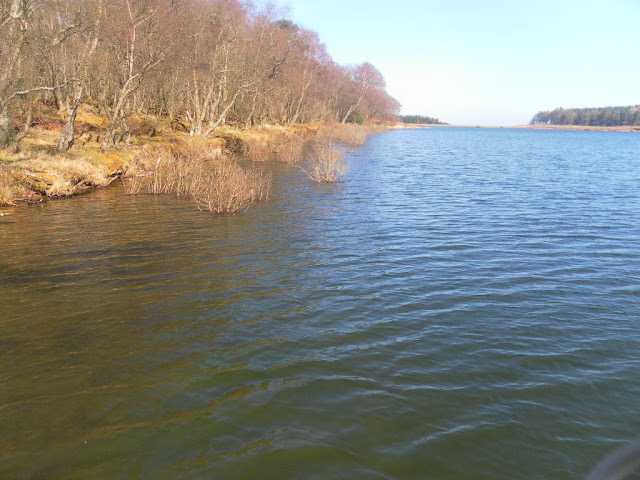 i stayed at the spot for a while enjoing the sun and watching my flies do there thing in the water , after a while i decided that actually testing flies is really good and interesting to see ideas into practice and working just how you wanted and visoned it but i was really wanting to get a fish on by this time so decided to head up to another spot

while i walked up the bank i spotted this crazy flog lazilly swimming along without a care in the world , if only it knew what lurks beneth and what ive actually had from this spot from a boat casting towards this very spot .....﻿ 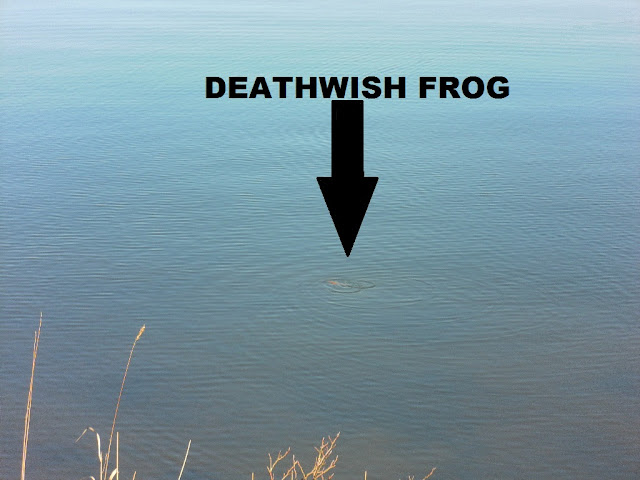 just past this spot i setteled in for a few casts fishing in around 5ft over a bed of weed that usually produces a fish or 2 but this time i didnt get a touch so didnt stay at this bit too long , im thinking i may not have been able to get into the spot from the bank that i normally get fish from the boat but hey ho nothing ventured nothing gained worth a cast 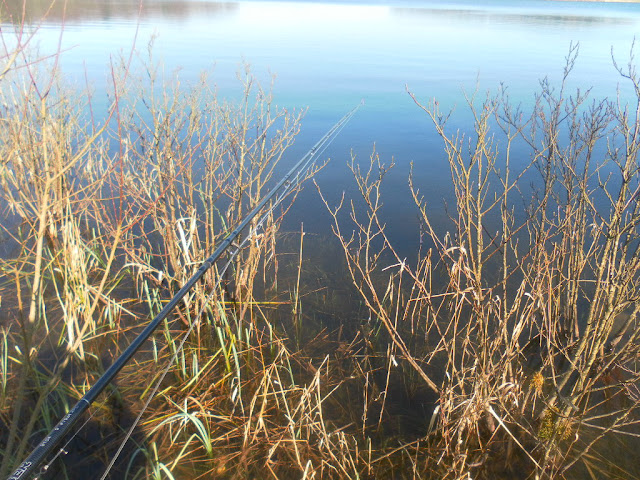 one of the many flies i was testing out today profile was awesome and moved just how i wanted it to , now if i could just get a fish out id be happy 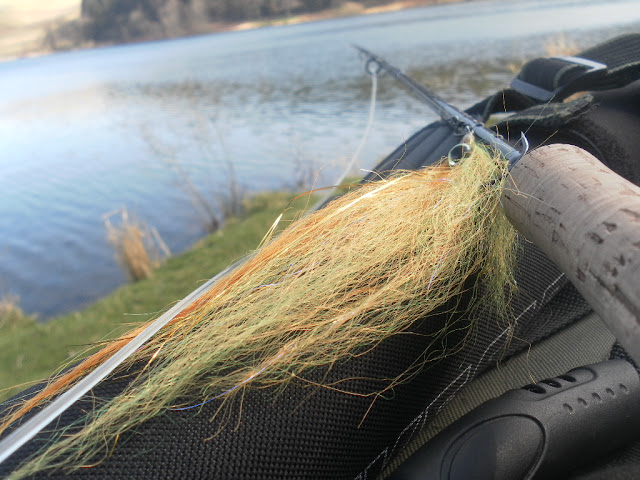 after a while of not to much happening i decided to have lunch , as i sat on a nicely placed bench i realised my feet had become a little bog ridden from the trek round the loch this must be what it was like in ww1 when the soldiers got trench foot from having there feet in water and mud all the time luckilly i was able just to dip my feet in the water and there clean again 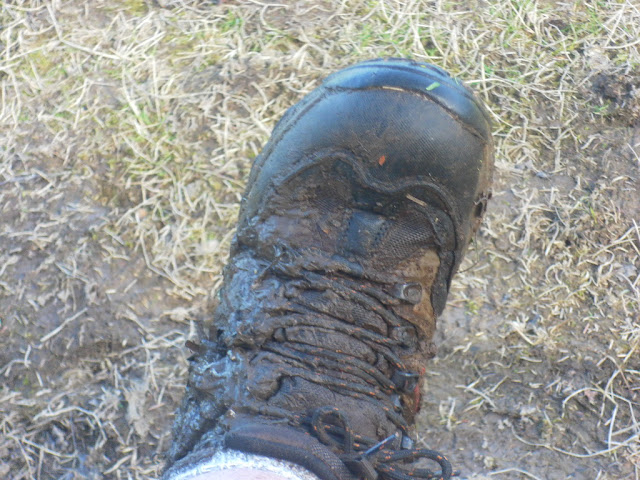 lunch consisted of a couple of tescos finest scotch eggs (other brands are avalible) as i was only out few hours lunch had to be fast tasty and fill me up so i can be fishing again asap i mean just look at that quality ........(for my american freinds this along with pork pies is a normal fishermans lunch)﻿ 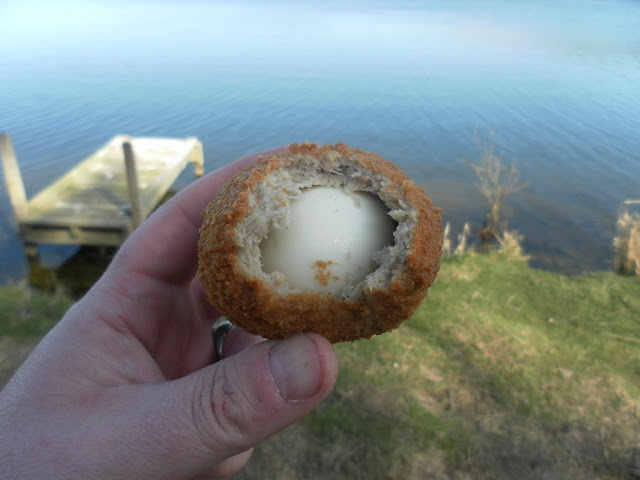 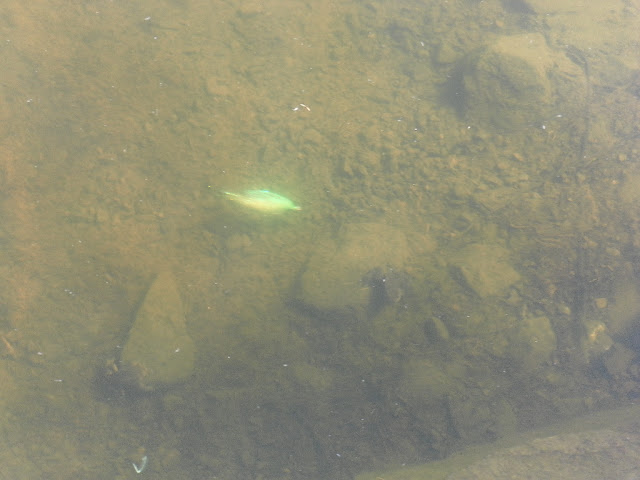 first cast with the flash alice and bang the rod buckels over, something obviously wanted it , alas after a few seconds of angry head shaking it threw the hook .............bugger 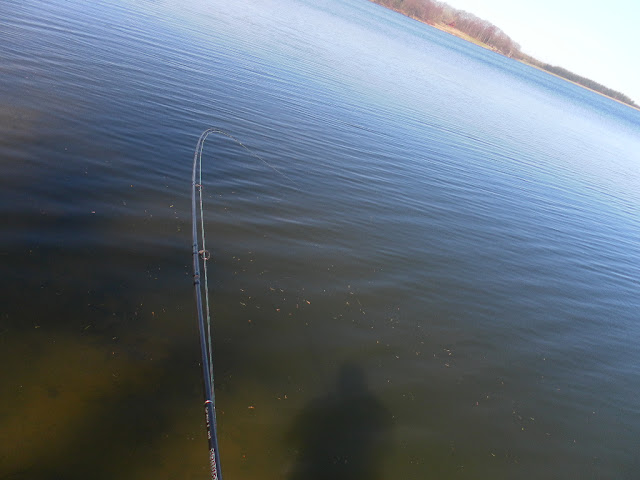 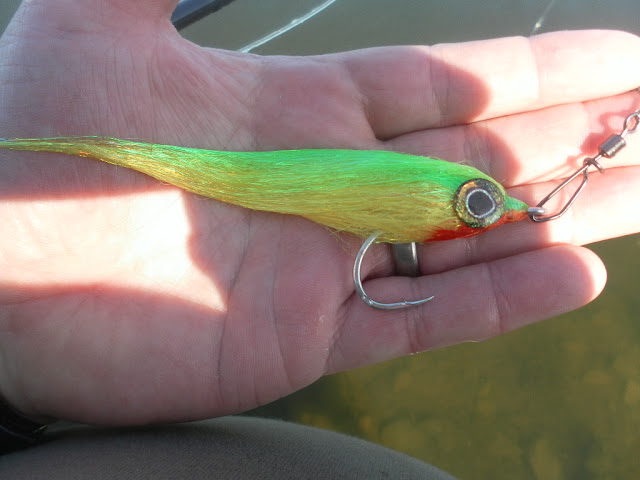 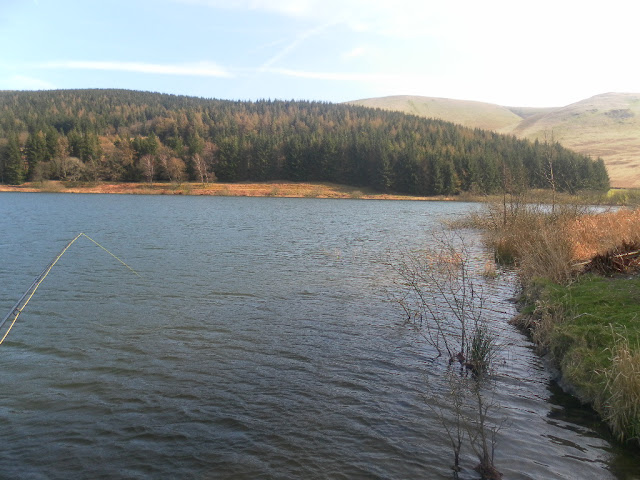 as it came to the end of my day i tried one of the bigger flash alices that i had and was very impressed with the action of it ,the fish however had other ideas and compleatly blanked me for the last hour oh well 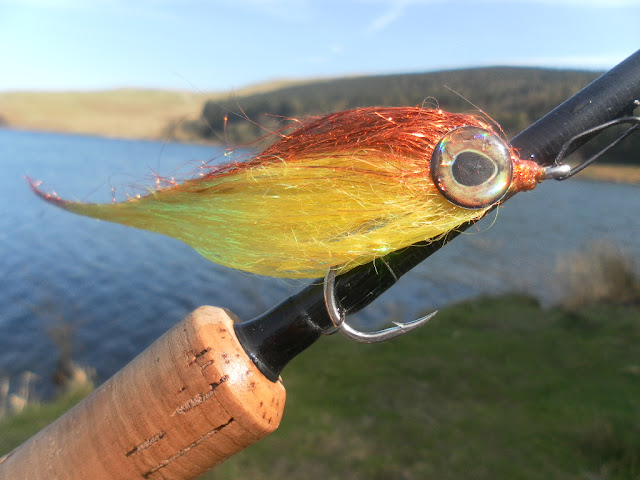 so not the best of quick sessions but thats how it goes sometimes , i had four hits i saw a small pike sitting at my feet and had a few seconds of rod bending action , but you know im thinking with the rise in tempretures im thinking that the razor gang may have lamour on there minds who knows , but hey great to be out in stunning surrondings and sometimes thats enough to put a smile on your face ......

I think your right Dave, i think the pike are in spawning mode. Looks a lovely venue for a bit pike fishing.

Hi Dave was wondering what they swivelled snap locks are? do you use them in conjunction with authanic wire? Any reason for not tying directly to the fly? maybe to save wastage, or quick fly change, or reduces spinning?

hi col there just coastlocks i do use them in conjunction with authanic wire , i use them as i change flies quite a lot and just makes for a faster change over also great in colder weather no fiddling around with cold hands if im not using a swivel ill just use a jam knot and no swivel ill mabey do a blog post on it ....cheers pal

Thanks dave , much appreciated!