the net is evil and makes you do things

STRANGE PEOPLE ARE OUT THERE
well its only my bro in fly tying ken from pike adventures the Internet is actually a wonder full thing for us anglers and to be able to hook up with somebody most days to discuss fly tying and patterns is awesome the ideas literally can flow the brainstorming sessions (steady at the back) i have with ken have resulted in some remarkable flies being tied add a skype video call to the mix and you really better get ready to do some serious tying , I've just upgraded to a laptop with built in web cam and this makes things some much easier to show fly tying steps and tying instructions and if ken calls with a query then i can sort it straight away via video although the guys a top notch tier and doesn't pick my brains that often ,

i was also having a game of online drafts / chequers as the settlers call them and its really funny that I'm just about to kick the guys ass in a great pincer movement on his last remaining Peace and all of a sudden he loses all power and i don't get to speak to him till the following day where the little fecker still insists that he was just about to pull the move on me and how unfortunate that the power went out his end !!!!!!!!!! oh how i laughed
below
a picture of a sore loser redneck before the power mysteriously went down 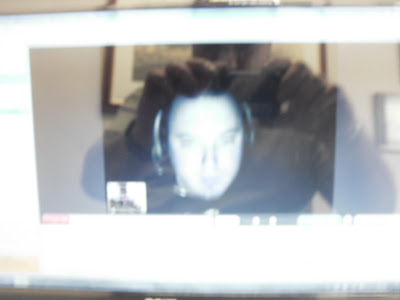 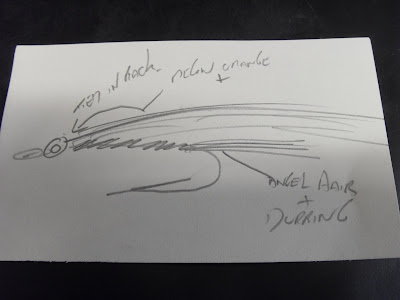 step 1 foam heads always good to have a few 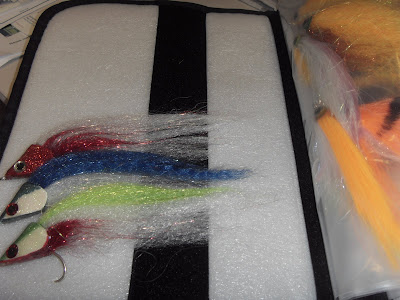 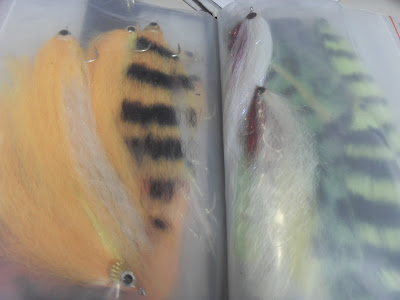 off course if were talking big flies then well i have to have some green stuff with stripes in there i mean you just got to take some perch patterns wherever you go also a few rainbow trout type patterns can sometimes go down well with predators on the right water ..........and i haven't even filled half of it yet loving that shit ......bonus 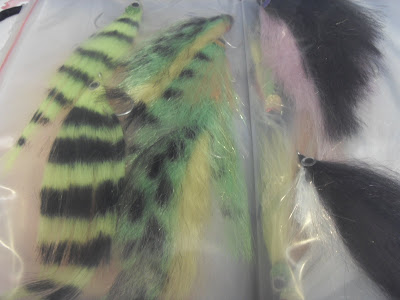 small river smallmouth bass clousers
(a trial in black nosed dace)
so having done a bit of research on the smallmouths of a small vermont river ill be fishing for smallies i found that there food of choice seems to be hellgramites and black nosed dace , these little live predator snacks stay close to the bottom of the river to avoid other predators and that's probably a wise thing as they seem to be bottom of the food chain to fish these plucky little bait fish you need to get your fly down to the bottom and high stick it along the bottom to make them act like the real thing so below is my version of it 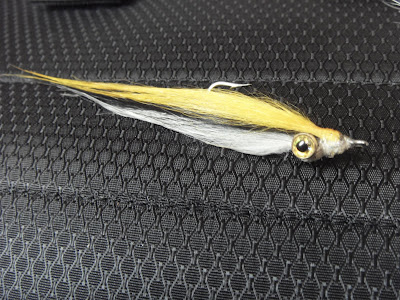 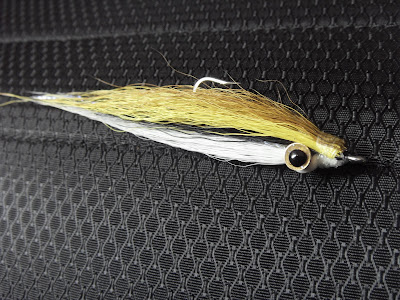 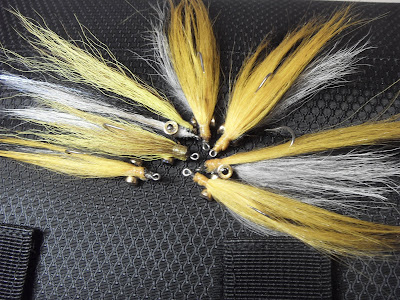 other stuff this week

I've been sent some flies to reviews from pike pro so with tomorrow being the last day of work until the UK general election which i am working , I'm voting for feckin no one as i believe they are all a bunch of arse and no matter who gets in they will still feck the UK up as bad as the last lot so why bother i mean its not like they listen to the people anyway well except for when they want in to government then they kiss baby's and stuff to get your vote and after they get in you cant talk to any of them anyway the FECKIN IGNORE YOU wankers 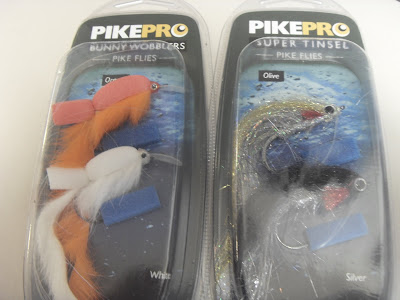 so i look forward to catching you all soon even
mcfluffchucker
(a cave in Scotland)
Posted by dave lindsay at 15:40

great post brother....flies are spot on as usual....lovin that fin sport! plenty of room to put those left over pizza slices in for the boat ride for us....sweeeeeeetttttttttttttttttt!!!!!!!!!!!