been tying up the ken capsey designed kc fly yesterday , after he showed me i thought what a great looking fly and can be done in pretty much any size you like from tiny bait fish to massive musky munchers the principle is the same with these , so i set about tying a few up in colours i like and that work for me and that I'm confident in using , I've got a trip coming up in the next couple off weeks so I'm going to be giving these a good kicking chasing pike ....
now you may look down at the pictures and think they are all the same tie but they are all slightly different with all using a slightly different materials , flash or eyes 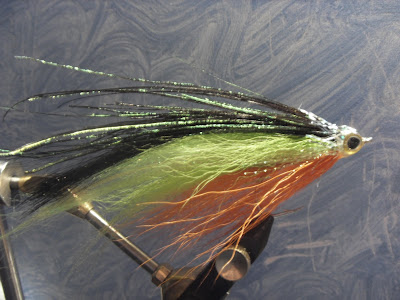 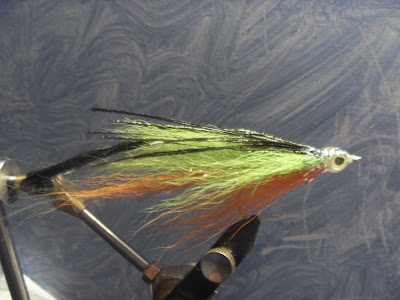 the great thing about these flies is that you have a body section underneath all the material made from e-z braid tubing which is very rigid and stiff and if you so wished you could slide a rattle into it as well , this is what gives the great bait fish profile to the fly 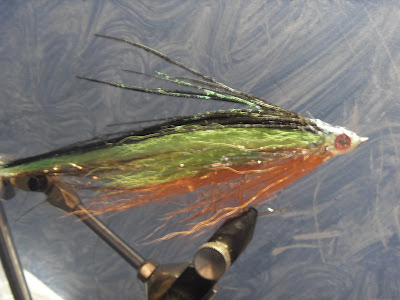 all the flies are around about 5 to 6 inch's long and my preferred hook for these lengths is the above sakuma 503 bait holder hook ,this hook is fantastic for flies this size it a slightly offset hook which i think gives it a Little bit of an edge for hooking they also have a fairly large hook eye which also allows for better movement of the fly in the water , it does have a couple of barbs on the hook shank but these are easily crushed with a small pair of long nose pliers without any negative effects on the hook strength . and they are cheap as well here is the link if you want to have a look http://www.sakuma.co.uk/p/301/503-bait-holder-hooks take a look around as they do some really great hooks 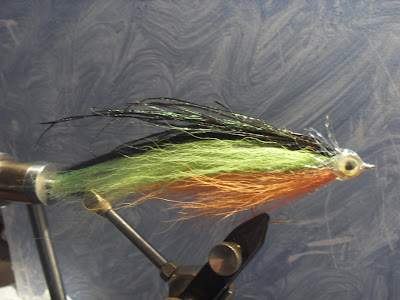 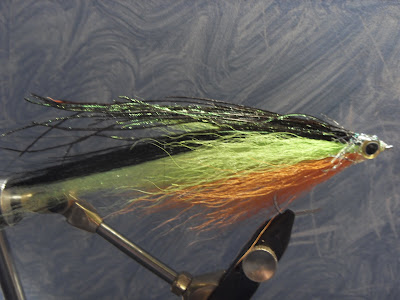 a short section of e-z body braid is fitted over the head as a base for the eyes and epoxied in , i tried several types of Mylar tubing for this but found the best was either e-z body or waspi flexi wrap for me the e.z braid just came out better , you can whip the braid on if you want i know ken does this but i prefer to melt the end very gently with a lighter and mould to shape with my fingers , once the epoxy is on it goes bomb proof
a fly for all species 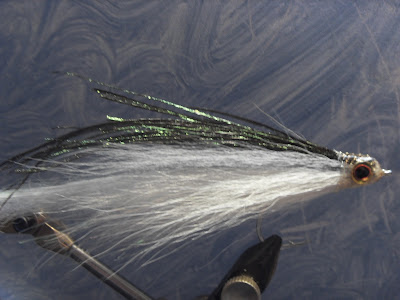 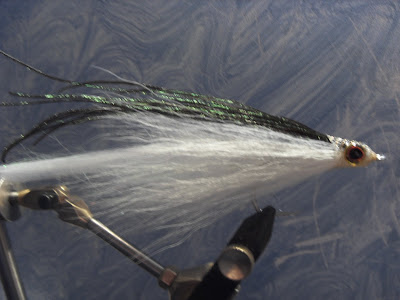 i wet ted a couple this morning to see what kind of shape they had in the water and was amazed at how bait fishy they looked and how they shimmer in the water I'm pretty sure these will catch fish , and i think they will be one of those flies will catch multiple species of fish weather in the world you are .
THE NEXT PHASE 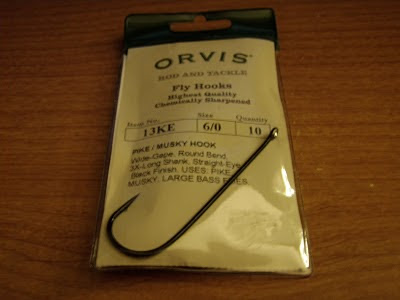 OK so I've played around with 6 inch flies now this week I'm going to ramp it up big style on Monday I'm planing to some 9 inch versions on orvis pike and musky hooks followed by truly monster 11 inch versions of the kc that I'm looking forward to doing , that's going to be a blast man ......
so see you in a flurry of feathers tomorrow folks
mcfluffchucker
(a cave in Scotland not giving a flying toss what other people think)
Posted by dave lindsay at 12:49

Hats off brother ...you nailed those!!! They are a feckin great baitfish ehh? Right off to the vise now I gots some KC'S to do Cheers bro!

If we all listened to others instead of following the less traveled road, we would all be throwing Clousers. 9 inch sounds just about right.