i make no apology about again today banging on about piketrek materials but I'm really getting into the swing of using there pike body materials and all I'm doing is making you fellow fly tiers aware of this great product and to get you to have a go at using some of it ........simply because its feckin brilliant 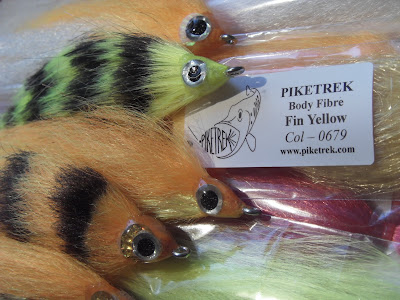 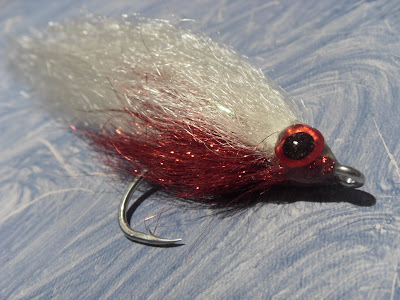 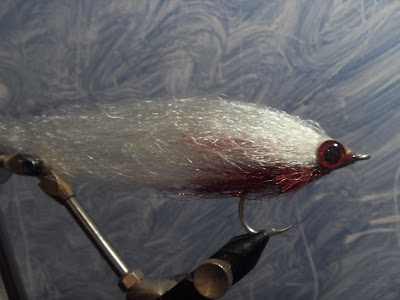 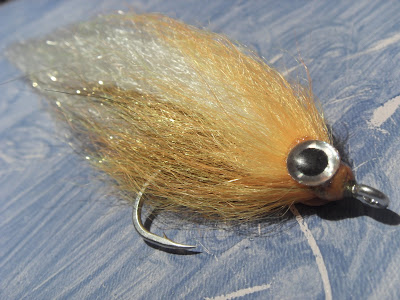 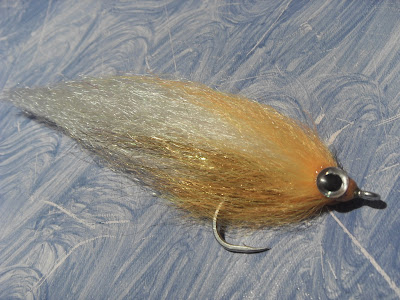 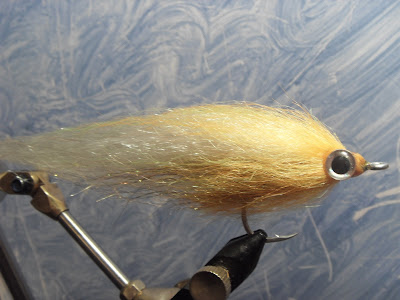 so sometimes you just got to go with red and white as i said before its pretty much a standard go to colour when pike fishing so i couldn't resist the chance to tie some up with and without fish gills the epoxy head will if fished slow this will bounce the bottom slightly faster and the fly will duck and dive a couple of short strips and a pause will make it glide from side to side. 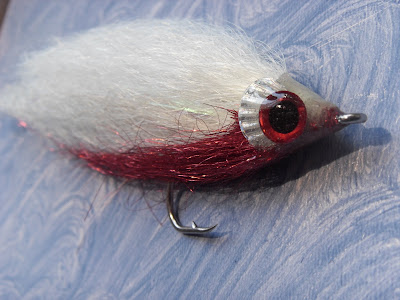 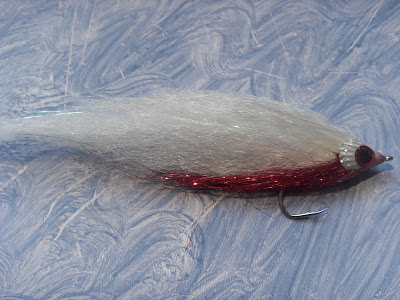 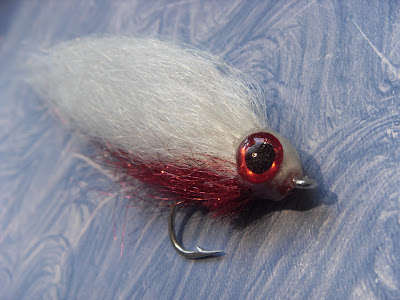 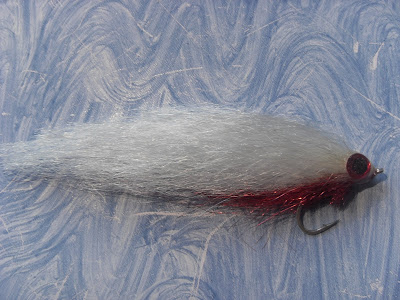 so a few more ties with the piketrek body materials and not the last . the stuff is very versatile and I'm thinking new ways up of tying with it if you haven't yet tried tying with this stuff for gods sake get out there and buy at least one pack of it i mean you've seen what I've tied in the last couple of days just think what you could do .
OK so we all have our own styles of tying I've adapted the flies above from ties i used to do with ep fibre and I've enhanced it so it becomes something different than other flies Ive tied hence the hard core fly , if i had added angelhair to the core of an ep it just would not have worked but due to the make up of the piketrek material it does work and ill be giving it a bloody good thrashing next week on a water that has some pretty hefty toothys in it so stay tuned for that one ...
tight lines flingers
mcfluffchucker
(a cave in Scotland)
Posted by dave lindsay at 21:02

Some lovely work there Dave - great that you've roadtested so thoroughly before recommending, it makes life so much easier for everyone else!

The one with the gills reminds me a bit of the Flumps (the TV characters, not the marshmallow sweet) ;0)