i had my first pike flies site up way back in around 2000 and i was happy back then to add a few new ties give a few tips etc and generally speak to people about pike fly fishing not that many were really interested back then in the sport but i carried on and persevered with it as i thought this was a great method to catch fish , besides id been catching pike on the fly since i was a lad although completely by accident most times while fishing a remote Scottish loch for trout , and each time i went in the school holidays id somehow manage to to get the biggest trout fly i could find and tell myself that i was really after a massive trout when in fact i really wanted to catch a pike.

the loch that probably started a life long passion 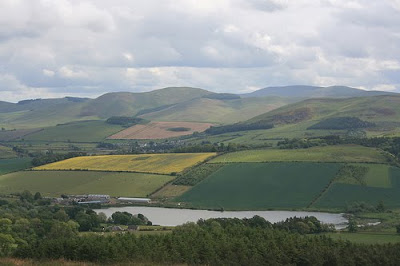 most of the pike i did catch back then were only around a few pounds but to a schoolboy they were monsters of the deep rows and rows of sharp teeth how on earth i ever managed to land them on 4 lb leaders is beyond me maybe it was just schoolboy luck well we knew nothing about wire traces back then let alone tying monster trout flies .....so to those nameless pike with a liking for trout flies i thank you
the bloody butcher jack catcher extreme 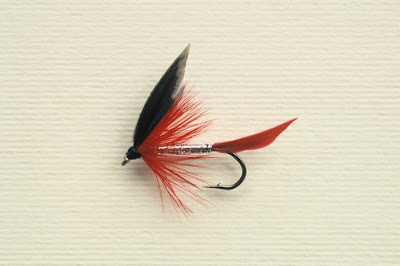 early 2000 and the heat is on
i had really stepped up a notch with tying flies and was coming out with some wonderful creations and at the time i couldn't do anything wrong i started to think this was the simplest way of catching pike ever invented , and also by this time the pike fly fishing association was starting to get a really strong membership base with more people joining and still to this day is the biggest single method / species club in the country and the guys in the club are a fantastic bunch there was a couple of complete dickheads in the club but they pushed things a bit far and got kicked out you really don't need arrogant tossers who think they now more than everyone else , really does ruin a club so my message to dick heads is ...................... 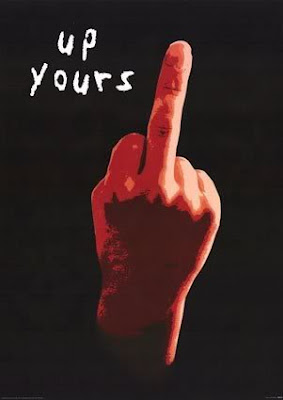 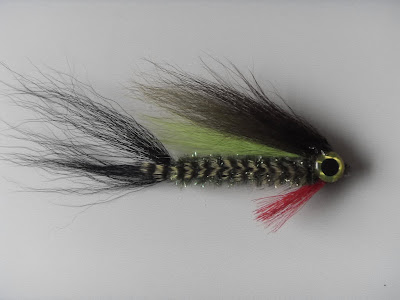 so over the years I've experimented with loads of different styles fly types hooks , I've even used my dogs hair for dubbing on flies hell I've even used my own hair on flies luckily for me i didn't get into that , i experimented with tube flies many many years back after watching salmon anglers use them and came to the conclusion after using them for a while that they had absolutely no added benefit to the pike fly angler whatsoever besides making 12 inch trolling flies and then that's not really fly fishing but has its uses when you out in shit weather its far feckin easier to tie them on a single hook and a lot less bloody fiddly to get then on a line when its minus 2 feck that for a game of soldiers absolutely pointless . 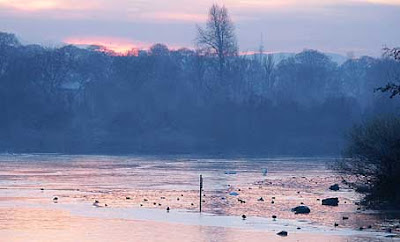 yea of course you can chuck fluff in the depths of winter the only thing stopping you is when it gets like the picture above of a local venue a right bitch to fish , but then when venues like my local canal freeze over it can be a blessing in disguise well you see my local canal suffers really badly with boat traffic which stirs up the sediment and clouds the water OK i can still catch fish but its a real searching game for them when its like that but once the ice happens well boats cant use it so the sediment gets a chance to sink and the water gets lovely and clear so much so that you stalk fish with the fly and if you can put up with the cold then its well worth the effort before the boats start again..........

the Internet has been a revolution for fly anglers not only can we check out fly patterns from other country's and adapt them for our own style of fishing in the UK but we can now communicate with fellow anglers around the globe and even talk via skpe for free no mater where in the world they are through your PC and the sound quality is better than a land line ,

take for example my buddy ken capsey over at pike adventures (pictured below) now theres a guy with as much passion for fly fishing for pike and fly tying as me we regularly spend 3 or 4 hours talking over fly patterns new ideas and the like , bouncing ideas off each other is great and we come up with some really great ideas keep you eye on him as i believe in time ken will come up with a fish catching fly machine that everybody is going to copy so watch out for his name hes going to do big things in years to come mark my words ( although i think he needs to upgrade his boat) 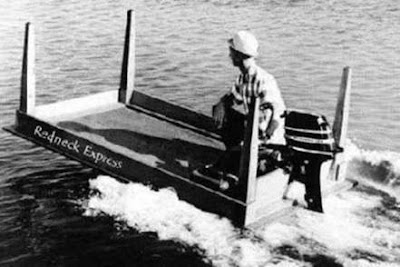 dave mcfluffchucker
(a cave in scotland)

p.s back to flies tomorrow

bro...one of the best reads I have laid eyes on in a while. I enjoyed every word of it! That reminds me roundhead wants her kitchen table back...bloody hell I got to find a new boat before your visit!!!