well recently i had the honor to be interviewed by a rather famous fly fishing magazine via web cam and one of the questions that arose was concerning the amount of time i spent hunched over my vice in a room by myself the interviewer wanted to know if i ever felt cut off from the outside world , did the long hours into the early morning ever have a negative effect , well no i said i find fly tying to be as relaxing as yoga , fly tying keeps me grounded with whats going on in the world , i have great discussions in my head about a variety of subjects while tying , i find fly tying to be very calming on the mind and no i cant say I've ever had any negative effects from sitting in front of the vice for 12 hours at time .................. 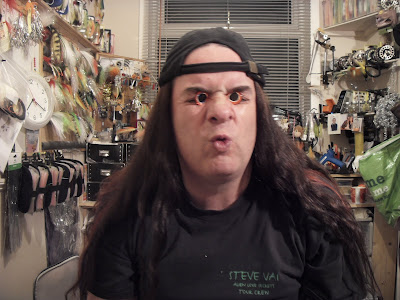 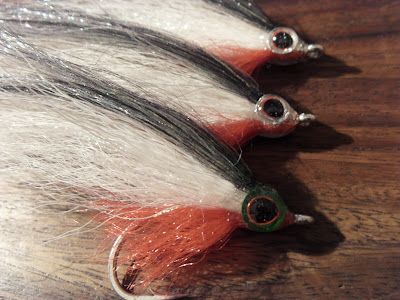 mixing up different fibres can have some amazing effects , take the examples above tied on 3/0 gamakatsu hooks for big perch what I've done here is mixed 2 kinds of DNA fibre with ultra hair and buck tail to produce a stunning little bait fish no doubt when this gets out there will be a thousand imitations popping up on the net but hey i don't mind as long as they say where they get the idea from , i checked around the net and couldn't find anything similar so maybe it is something new WHO knows but i do know this is gonna be a killer little pattern 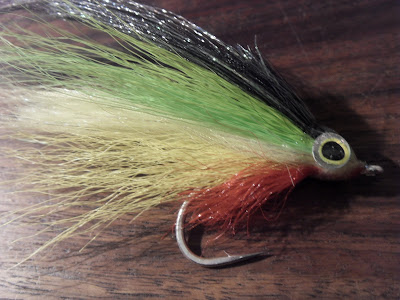 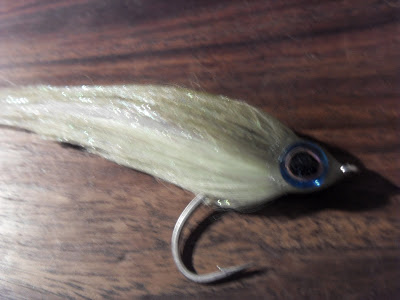 nothing new about this its just a DNA bait fish with a different slant in that it has blue eyes , i have a load of circle hooks on order just now as well as a shed load of dna fibre so m looking forward to getting stuck in to the ...hang on circle hooks i hear you you cry they ain't good for the fish terrible hook well actually no they ain't check this link out http://pikeadventures.blogspot.com/2009/12/lefty-on-circles.html this article is from lefty kreh and if you think you know better than somebody like lefty then your your talking out your feckin arse ..............................

somewhere along the lines I think we both got our wires crossed...need more funny feckers like us in the world........cheers bro..funny though you look like you just some naked old granny run by..........