STARTER PIKE FLY KIT GUIDE
"July 2017 , just an up date , im still using the same kit as listed below never failed me yet "

the only real change in the info is that pikeshack is sadly no longer trading due to the cost of importing materials , i used to buy fastach links from them , but you can buy them in the uk from the guys at lure lounge
buy fastach links here


Fly fishing for pike demands the use of powerful rods in order to cast the heavy lines needed to present large flies. A 9 or 10 foot rod designed to cast a 10 weight fly line will also possess enough backbone to subdue large fish. Pike which landed and returned to the water quickly, and with the minimum amount of fuss, will recover much more quickly than fish which are played to a standstill on light tackle.

This is especially true in warm weather when oxygen levels are low, and in Trout waters where pike attain specimen size much more quickly but tend to have a shorter life span because of their bulk.

There is no place in modern pike fly fishing for line class fishing where credit was once given for landing specimen fish on the lightest line possible. 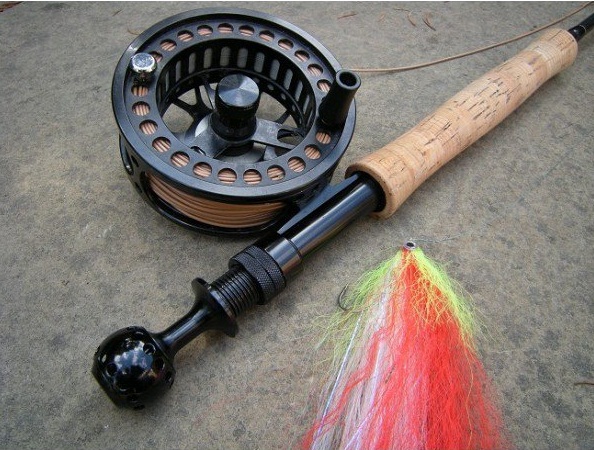 Several manufactures now offer rods designed specifically for pike fly fishing, and the use of one of these is strongly recommended , I have used for the past 3 years a pikesaber fly rod from www.pikeflyrod.com this has served me well and is light enough to cast big flies all day without having to take a lot of breaks all day , I use these rods with 10 wgt fly lines sinking , floating and intermediate and so far I havent in my opinion found a better rod yet
REELS
reels now theres a can of worms and everybody has there own ideas and favourites and for a long time I was using top of the range fly reels that cost nearly £300 pounds uk and spare spools for it were £89.00 pounds a shot I was happy with for a lot of years until I found what has to be quite possibly the best value and actually bloody greatest reel ive used in a long time and thats the PIKETREK SUPER-LIGHT 9/11 WEIGHT CNC-CUT FLY REEL from piketrek , this reel retails around the £90.00 uk mark and is just as good if not better than the high priced reels it features a nice wide spool capable of holding100yrds of backing (not that you’ll ever need it) and your fly line . 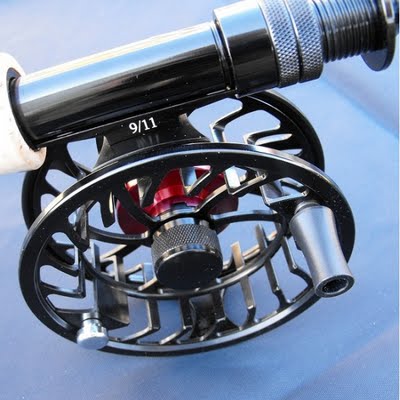 The other bonus is that’s its extremely light and made from aircraft grade alloy and also has a fantastic drag this reel is ideal for beginners and experienced anglers alike fantastic bit of kit . 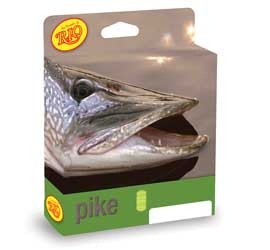 Casting large flies is made easier by the use of heavy lines, and special Pike taper lines with an exaggerated weight forward profile are now available. Another option is to use a shooting head, but whatever fly line you choose it is vital ensure that your reel can also hold at least 100 metres of good quality backing.

Pike are capable of making short but very fast runs, and so it is advisable to use a reel with a good drag system which will help to absorb any sudden lunge made by the fish

you may be confused by the sheer amount and price of lines out there but if you just starting out fly fishing for pike id recommend maybe not spending £50 to £60 pounds on a line it simply isnt going to make you a better angler or enable you to cast the perfect line indeed only practice will give you that and also you really dont need to cast a monster long line to be able to catch pike in fact most of them will be caught just a couple of rod lengths out for the beginner id really recommended checking out the range of lines from piketrek starting at £12.99 these are just as good as the major names in my opinion

LEADERS
When using large flies turnover is aided by the use of a relatively short leader and many pike fly fishermen use a leader of 2 metres (6 feet) or less. The choice between a tapered or level leader is largely a matter of personal preference. However, its breaking strain must be at least 12 lbs. and a leader with a breaking strain closer to 20 lbs. may prove to be more manageable. I do know of people that use in excess of 30lb leaders this is never advisable as if get snagged up you’ll probably break the fly line before the leader and to be honest theres no pike that you wont be able to land on a fly rod with a 20 / 25lb leader

for the most part I use seaguar flurocarbon in19.14 to 23.5 pounds b/s ive tried many leaders and this always sits the most comfortable with me for turning over flies without kinking or getting knotted this is my personnel opinion and im happy with it. 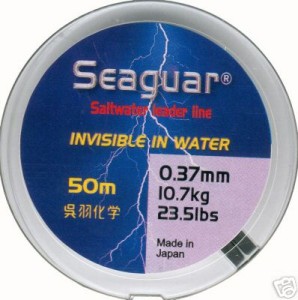 There is a school of thought that says you should used tapered leaders this in my opinion is rubbish for predator fly fishing and usually comes from those entering the sport from a game fishing angle where tapered leaders are the norm it wont catch you bigger or more fish, getting the fly in front of a predator is what its all about and you can do his just as well with a 6 ft length of fluro .there is also nothing wrong with using a bog standard length of clear mono whatever your pocket can afford it will still work going down the tappered leaders road will lead you to very dark places and have your head spinning

there is a massive school of thought out there on wire leaders for pike I have tried pretty much all of them and in the last season I have settled on the best I have come across in the form of authanic wire from www.predatorbite.com this is a flexible soft wire that you knot easily ive had the same trace on all season and its still perfect and ive never yet had any kind of problem with it . I always use around 8 inch traces I know people recommend 12inch traces but ive yet to have a fish swallow a fly where that would be needed 8 inch traces are perfect .

With the normal wire type traces ive used before ive found that they have a tendency to fray and kink when fly fishing with them these normal wires were designed for dead baiting where threes not the same casting pressures as there is in fly fishing id say stay well clear of these its a false economy as you could be having to change traces every 5 or 6 casts .

You also may have seen out there titanium traces , these are fantastic for chucking big lures and crankbaits around but ive seen way to many fish sliced up when they roll on them when fly fishing so id say stay well clear ,

of course everybody will have there own view, this is just my opinion after 35+ years fishing for pike and my observations

Everybody has their own ideas on end tackle I’ve tried absolutely everything out there trust me been there got the t-shirt , if you one of these people that like to only use one or 2 flies a day then tying them on is obviously going to be best for you with something like a jam knot . With flexible wires liken authanic this tying flies on isn’t much of a problem these days but if you’re a fly tying nut like me then you want to change flies quite a lot you need a quick change system . 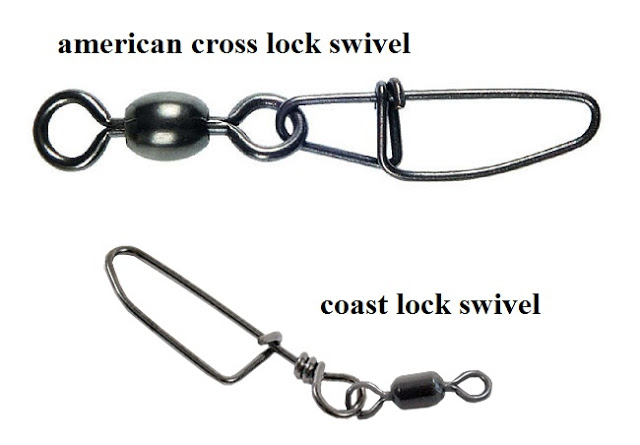 Swivels obviously are the way to go and for many years after a few false starts with various links I settled on the American cross lock , this did me well for a lot of years but this lock did have its limitations as some hook eyes wouldn’t fit on the bend in the clip , so after quite a few years of using these I then was browsing an American saltwater fly fishing site and some of the anglers on there were using the coast lock swivels when targeting larger predatory species on the fly so I ordered some from the states (there were none available in this country at that time) as soon as I got them I noticed they were a lot lighter and after a few months use I was impressed enough to keep using them and do away with the crosslock type 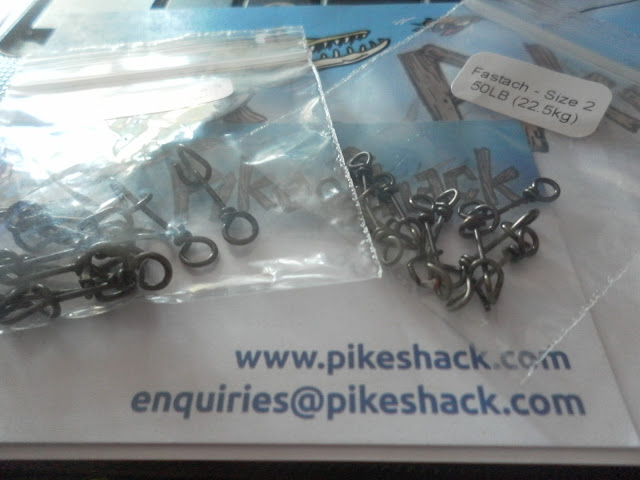 these are things that you really should have with you
A large landing net is vital. Although many pike anglers land their fish by hand, the length and flexibility of a fly rod makes this less practical for the fly fisherman although after a while you may feel confident enough to chin smaller fish out . Round or pear shaped nets should have a diameter of at least 30 inches. Alternatively a bow framed triangular net with 42 inch arms may be used. The net should have a soft knotless mesh its also advisable to add some foam to your net handle so if you drop it in the water the handle will float.

Unhooking tools It is important to carry a pair of long nosed forceps for hook removal. Hook-out tools are a good alternative, and many pike anglers find that long nosed pliers give good purchase on the hook shank. In the event that a fish is awkwardly hooked, a pair of side cutters will enable the hook to be cut and removed in two pieces.

Once the pike is in the landing net, you may find that you can remove the hook without lifting the fish from the water. If you don’t intend to weigh or photograph the fish, it can then be released immediately from the net, thus removing the need for any unnecessary handling.

If you do remove the netted pike from the water it must be prevented from damaging itself by thrashing about or slipping. In most circumstances an unhooking mat will be required to protect the fish whilst it is lay on the ground or in the bottom of a boat. As an alternative bubble wrap may be used, but on no account should the fish be laid upon a hard or rough surface. 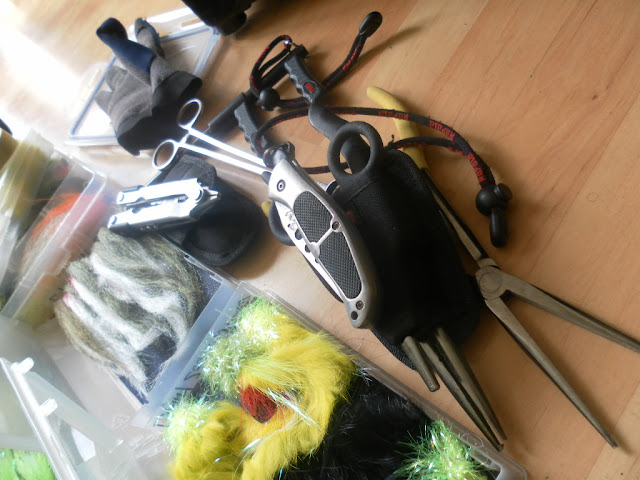 *i have not been paid or revived any kind of gifts for writing this page , its based purely on my own experience and the things ive used myself of course there’s many alternatives to the gear above this is purely a guide to help you get started in this fantastic sport the best way to learn is to get out there with a fellow fly fisher and find your own groove .. 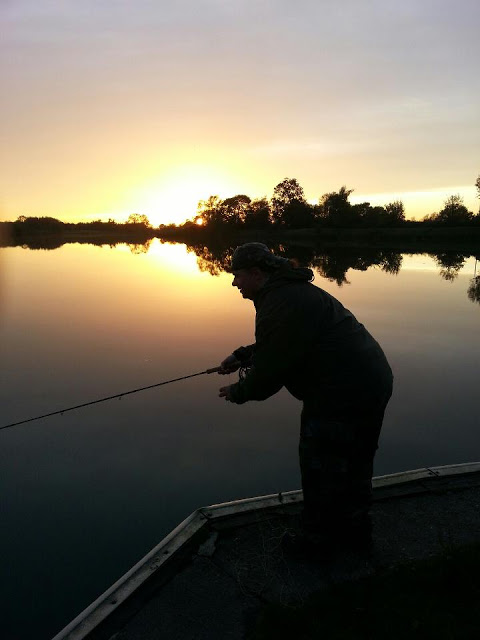